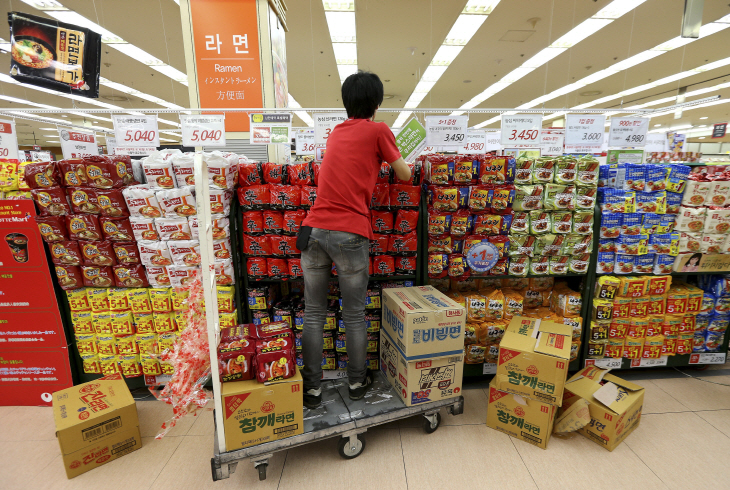 Growth at the time was attributed to the release of new products, like Zha Wang and Jin Jjambbong, that were well received by local consumers.

The latest data showed that the four companies’ sales all fell last year with market leader Nongshim’s sales standing at 1.12 trillion won. The company’s market share stood at 56.2 percent, down from over 60 percent in 2015.

Related to the drop, corporate observers said lack of clear hit products and release of wider range of easy-to-eat meals are all affecting sales, even though exports of instant noodles are continuing to do well.

To deal with drop in demand, ramyun companies are in the process of releasing new products that do not come with broth and bibim noodle variants that can be eaten by mixing the noodles with various sauces.