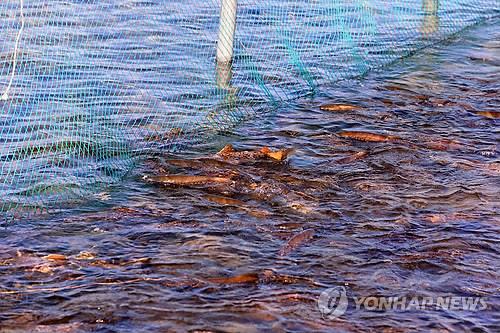 The captured salmon measured 69 centimeters in length, and weighed 3.4 kilograms, on par with other first catches of previous years. The salmon is assumed to have been a fry that was released into the wild in 2014.

The salmon that are released in Korea’s waters inhabit the North Pacific Ocean for two to five years before returning to their origins to lay eggs. 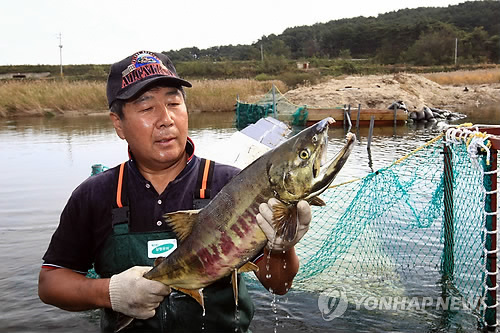 Having initiated the release of salmon into the wild in 1968, South Korea has been increasing the number of salmon fry released each year.

Following the increase, the yearly catch of salmon has been growing significantly as well. In the project’s early years, only 90 returning salmon were caught.