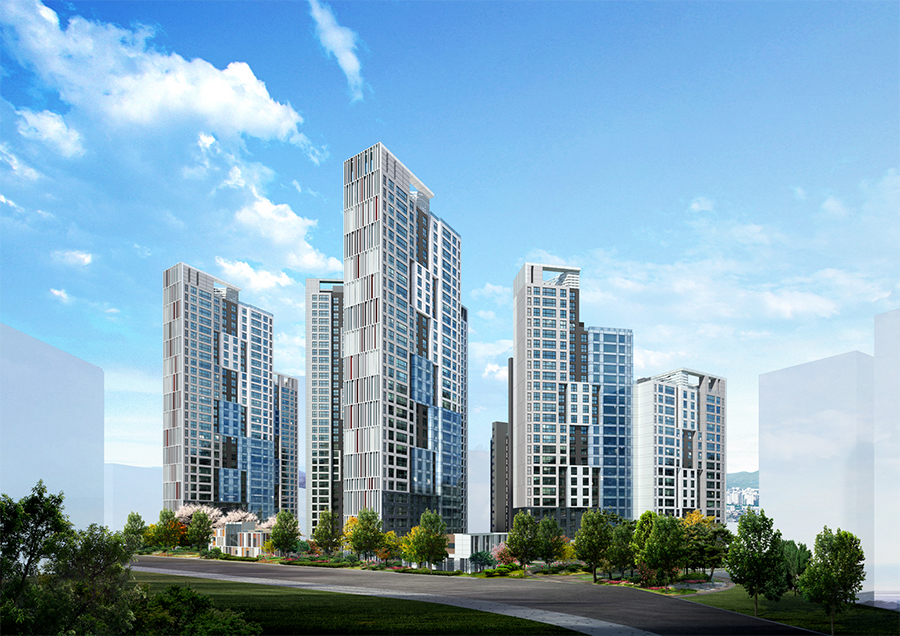 The IoT Home Cube, a portable device developed by Samsung C&T’s residential engineering division, measures the fine dust concentration inside the apartment, which communicates with Raemian’s Home Automation System to switch on the apartment’s ventilation system when the air quality level reaches a certain level.

The ventilation system is equipped with a fine dust filter that blocks 90 percent of the particles, according to the construction company.

An air shower will be built at the entrance to the building. The antechamber, usually found as an entryway to cleanrooms in medical research or manufacturing facilities, will allow residents to blow away unwanted contaminants from their clothing, Samsung said.

An air shower will be built at the entrance to the building. (image: Samsung C&T)

Samsung C&T will also install fine dust alarms at Raemian’s playgrounds to alert parents and children of high fine dust concentrations, while mist sprinklers at the complex’s walkways will spray tiny water particles into the air to minimize the residents’ exposure to imperceptible atmospheric dust.

“Our goal is to offer the most pleasant and healthy living experience to our Raemian residents,” said Kim Kyung-jun, Vice President at Samsung C&T. “We’ll continue to develop new systems and devices for our apartments so that the residents can take pride in the fact that they live in a Raemian.”

South Korea has seen its fine dust concentration rise in recent years. According to data from the Seoul Metropolitan Government, the average concentration of fine dust particles in the city from January 1 to March 26 was 33 micrograms per cubic meter of air, which was an increase from 26µg/m³ during the same period in 2014.

The World Health Organization designated fine dust as a major carcinogen in 2013.