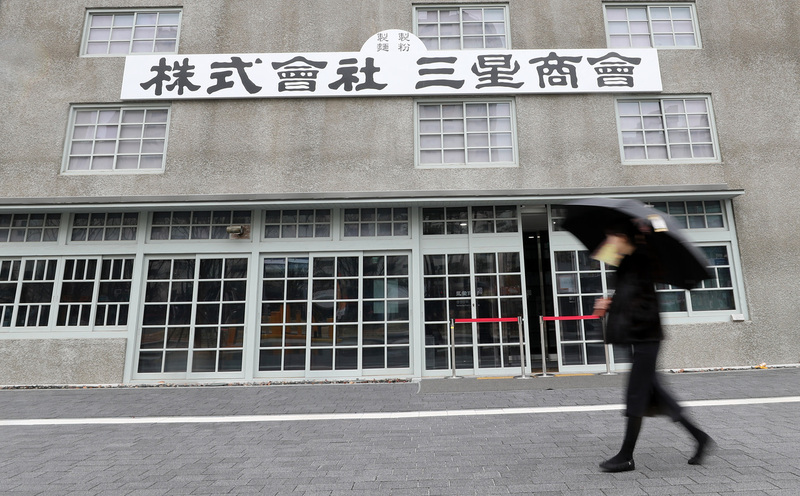 The restored building of the first Samsung company located in Daegu. (image: Yonhap)

SEOUL, Mar. 22 (Korea Bizwire) — South Korea’s top business group Samsung on Thursday celebrated its 80th anniversary in a low key manner, with its chairman unable to run the company due to ill health and his heir facing public backlash over a major scandal.

Industry sources said major affiliates of Samsung, including the Samsung Electronics Co., the world’s largest semiconductor and smartphone manufacturer, only released a special documentary that can be seen by employees about the conglomerate’s history, without organizing any other official events to celebrate the momentous day.

“Now is an opportunity to transform the mind-set of staffs and how we work once again for change,” Kwon Oh-hyun, the head of Samsung Advanced Institute of Technology said in the video.

Samsung was established in March 1938 by Lee Byung-chul in the southeastern city of Daegu. The company initially dealt fruits and dried seafood. Samsung’s foundation day, originally on March 1, was changed to the 22nd after the founder’s son Kun-hee declared the second foundation of the conglomerate in 1987.

Samsung Group has since been synonymous with South Korea’s rapid economic development, although it has taken flak as well, being seen as a symbol of the darker aspects of family-controlled conglomerates and their hold on the economy.

The founder Byung-chul stepped down from the management after a Samsung affiliate sought to smuggle some 55 tons of saccharin in 1966.

His son Kun-hee was also embroiled in various scandals, including allegations over raising a slush fund for former President Roh Tae-woo in the 1990s, along with other bribery cases that followed in the early 2000s.

While both Byung-chul and Kun-hee were never imprisoned, Jae-yong was just released in February after he spent nearly a year in jail.

A lower court earlier handed down a five-year jail term for giving 8.8 billion won (US$8.2 million) in bribes to Park and her confidante, Choi Soon-sil, in return for government backing of the merger of two key Samsung units, a process that was deemed vital to tighten his control of Samsung. A Seoul High Court, however, sentenced Lee to 2 1/2 years in prison with a stay of execution for four years.

Setting such scandals aside however, Samsung is also a role model in terms of its business strategies, as it has become one of the world’s leading names.

For the past several decades, Samsung gradually expanded its business sphere to cover the financial sector in the 1960s, industrial chemicals in the 1970s and electronics in the 1980s.

Standing as an apparent heir, Jae-yong has been making various aggressive moves for Samsung, including offloading defense affiliates to Hanwha Group, which was also followed by sales of chemical arms to Lotte Group. Instead, Samsung sought to foster biotechnology and automobile components businesses.

Samsung Group, moreover, has Samsung Electronics under its wings that has been viewed as the only viable rival of Apple Inc. in the smartphone industry. The tech company is also a major maker of chips, a key pillar of South Korean exports.

The 16 listed companies account for roughly 30 percent of the market capitalization of the benchmark KOSPI, and Samsung Electronics is estimated to be responsible for a quarter of South Korea’s exports.

Despite the notable growth, industry watchers said Samsung is maintaining a very low profile in regard to the anniversary, considering generally negative public sentiment and as it tries to cope with managerial and business uncertainties at home and abroad.

“Last year, affiliates’ performances were better than ever, with Samsung Electronics also posting record-high earnings. But this year, we cannot say that the environment is all that promising,” an industry insider said. “The prosecutors’ investigation, along with potential trade barriers from the United States and China, has led to bigger uncertainties.”