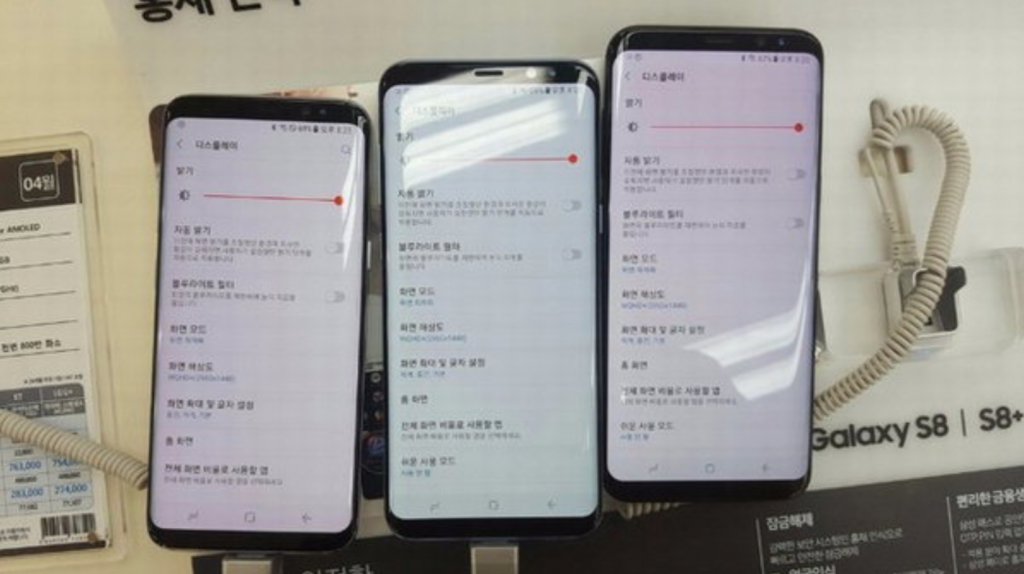 There have been suggestions that the issue may be linked to faulty chips in the device that caused a malfunction in the graphics processing unit. (image: Ruliweb)

SEOUL, April 21 (Korea Bizwire) – Samsung Electronics Co. said Friday it will implement software updates for its Galaxy S8 smartphones next week amid complaints that some screens on the flagship device have an unnatural reddish tint.

“We plan to upgrade the color optimization feature next week through software updates,” an official at the tech giant said.

Samsung has been claiming that users experiencing the glitch can easily fix it by going into the color optimization setting for the display, and that the reddish tint did not result from a defect in the device.

The official said the update will allow users more leeway to optimize the display color, and that it does not necessary mean the previous software had problems.

Industry watchers, however, said the update may not totally silence critics who have raised the possibility of a defect.

There have been suggestions that the issue may be linked to faulty chips in the device that caused a malfunction in the graphics processing unit. Others said the AMOLED displays used by Samsung have taken flak for a blue-leaning color rendering in the past, and that the company had incorporated a so-called deep-red technology to offset the problem.

The South Korean company suffered a serious setback in its smartphone business last year following the suspension of sale of its Galaxy Note 7 phablet due to battery problems.