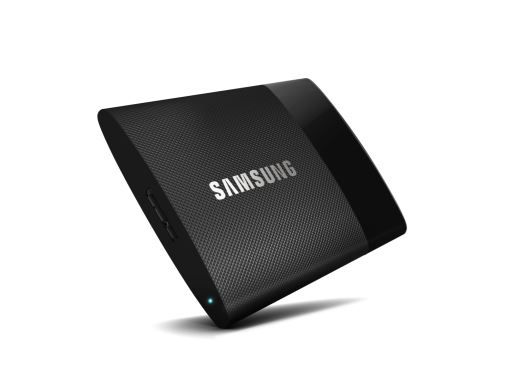 The T1, weighing 30 grams and the size of a business card, can deliver a read and write speed of up to 450 megabytes per second. (image courtesy of Samsung Elecs)

Samsung’s Portable SSD T1 comes in three capacities: 250 and 500 gigabytes and 1 terabyte with a sleek design in black, the company said in a statement, without the official disclosure of their prices. Market estimates US$600 for the 1TB T1.

Samsung has led the SSD market with the most updated technology, which mainly targeted business servers. But the tech firm began to produce lighter SSDs for mass consumers on growing demand.

The random read and write speeds are 60 times and 100 times faster, respectively, than the standard SSD 850 EVO released in December, the company added.

Samsung is due to kick off sales of the T1 this month in 15 countries, including South Korea, the United States, China and Germany, before landing it in other countries.’