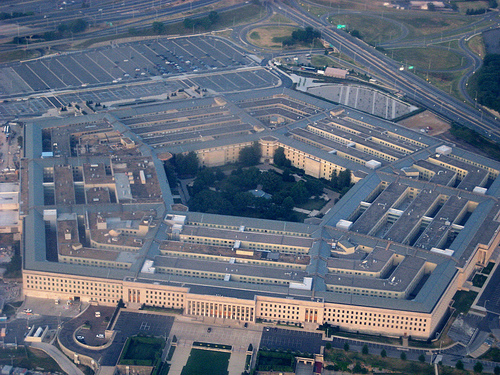 The Approved Products List of DISA includes mobile devices that are approved by the Department of Defense for the government officials’ use, and is well known for giving lists of high-quality and accomplished handsets. (image: gregwest98/ flickr)

The five smartphone series are Galaxy S4, Galaxy S4 Active, Galaxy Note 3, Galaxy Note Pro 12.2, and the 2014 Edition of Galaxy Note 10.1, all of which use Android 4.4 KitKat operating system.

The officials of U.S. Department of Defense are now allowed to use these Android-based devices within the unencrypted networks. With their inclusion, U.S. military officials will have the wider option for the mobile device selection in fields, bases and offices.

The Approved Products List of DISA includes mobile devices that are approved by the Department of Defense for the government officials’ use, and is well known for giving lists of high-quality and accomplished handsets.

Samsung has been putting efforts for these Knox-embedded phones to meet the agency’s fastidious qualification standards which screen in over 100 criteria; the efforts include developing of fortified password-locking, effective detecting systems of hacking attacks and changing the security keyboards.

On the other hand, Samsung has also launched Security Technical Implementation Guide 2.0 (STIG 2.0), an upgraded version from the 1.0 version that was released in May last year, to be installed in its Knox-embedded smartphones.

STIG 2.0, which is used by the Department of Defense as its security authentication system, is designed to fulfill Security Functional Requirements of Mobile Device Fundamental Protection Profile from National Information Assurance Partnership (NIAP). It also complies with the highest level of security policies, standards, controls and authentication processes which DOD has enforced to all of the IT devices used for carrying its information.

As such, the world’s leading mobile device manufacturer has endeavored for its Knox-embedded devices to be approved by national institutions of different countries. As a result, the UK government recently issued an end user device security guide for Samsung’s smartphones so that the devices could be used for the business of its public institutions.

An official at Samsung Electronics said, “The registration of our devices in the APL shows Samsung’s overall business-to-business vision leading in both hardware and software markets by providing security and user experience in our products.”

He added, “The key to pass the strict standards of U.S. Department of Defense was our technology combining security and compatibility in our products in unique ways. Besides, the quality of the five approved smartphones themselves is in top notch.”