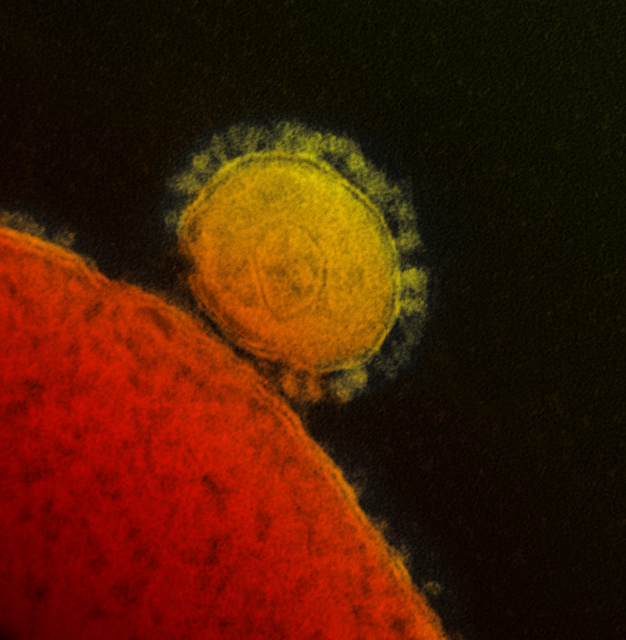 On June 4, the government reported five additional cases of MERS, raising the total to 35. In addition, 1,667 suspected of carrying the virus were quarantined. (NIAID/flickr)

According to the Ministry of Education, as of June 3 a total of 544 schools including 196 kindergartens, 273 elementary schools, 55 middle schools and 7 high schools had closed. However, as concern over the virus is mounting, more schools are expected to cancel classes.

By region, 439 schools in Gyeonggi Province, where the first case of MERS was reported, were closed. In Seoul, six elementary schools and a middle school located mostly in the Gangnam area shut down until Friday at the request of parents.

Education Minister Hwang Woo-yea said at a meeting with superintendents of the affected areas, “Cancellation of class or closure of schools will be imposed actively as a preventive measure against the spread of the virus.”

Meanwhile, as MERS is rapidly spreading in Korea, academics around the world are keeping a close eye on the situation. On June 2, the world-renowned journal “Science” released a story titled “’Superspreading event’ triggers MERS explosion in South Korea”, and outlined the reasons for its extraordinarily fast transmission.

In the story, Ben Embarek, an official from the World Health Organization (WHO), was quoted as saying, “The simplest explanation for the ‘superspreading event’ is a lapse in infection control measures at the hospital. We don’t really know what happened during those 3 days from 15 May to 17 May.”

Embarek also raised the possibility of the first patient carrying a slightly different strain of the virus, and suggested that Koreans may be more susceptible to the disease than other populations.

On June 4, the government reported five additional cases of MERS, raising the total to 35. In addition, 1,667 suspected of carrying the virus were quarantined.