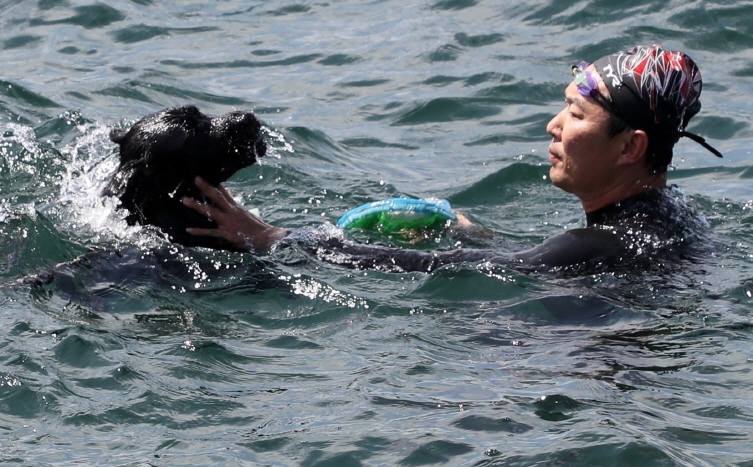 BUSAN, Jun. 15 (Korea Bizwire) — In various parts of the world, dogs are trained to carry out search and rescue operations including emergencies that arise at sea.

Although South Korea has yet to see rescue dogs carrying out missions in the water, Two-two, a golden retriever a month shy of her second birthday, is blazing a new trail, perhaps becoming the first dog formally trained and qualified to join human rescue operations at sea.

Two-two is currently being raised by Lt. Park Jeong-wuk of the Korea Coast Guard Special Rescue Unit, who adopted the dog as a puppy with the purpose of training her to be a rescue dog.

And not just any rescue dog, but one that could rescue people drowning in water.

After seeing that Two-two was a great swimmer, Lt. Park started to train the golden retriever by taking her to work every day.

Now, Two-two boasts rescue abilities on par with any other human member of the Special Rescue Unit. 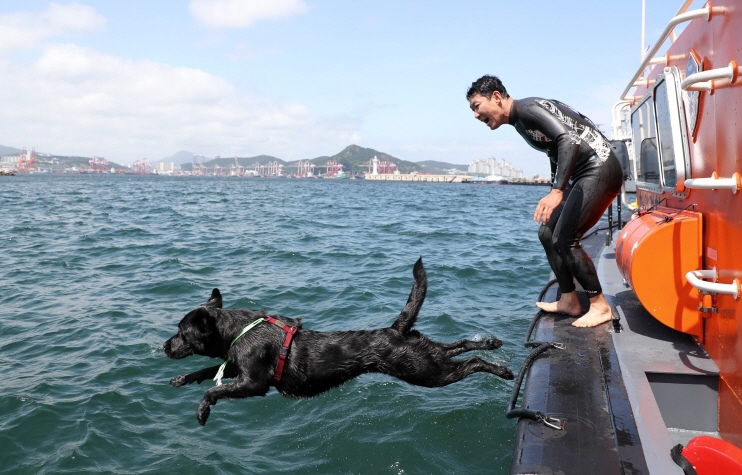 Her biggest strength is being able dive into the sea from elevated heights – up to four meters above the water. What makes her even more impressive is that her rescue skills are just as great as her diving skills.

When ordered, Two-two can deliver a rescue tube to a drowning person. She was even trained to use a rope to penetrate into a sinking ship.

At present, Two-two is awaiting new training that would see her rappel down from a helicopter.

Park, Two-two’s caretaker, said that while humans can feel fear when trying to rescue a person in the water, rescue dogs do not give up.

“It’s my goal to see Two-two become the first rescue dog in the Korea Coast Guard service,” said the lieutenant.