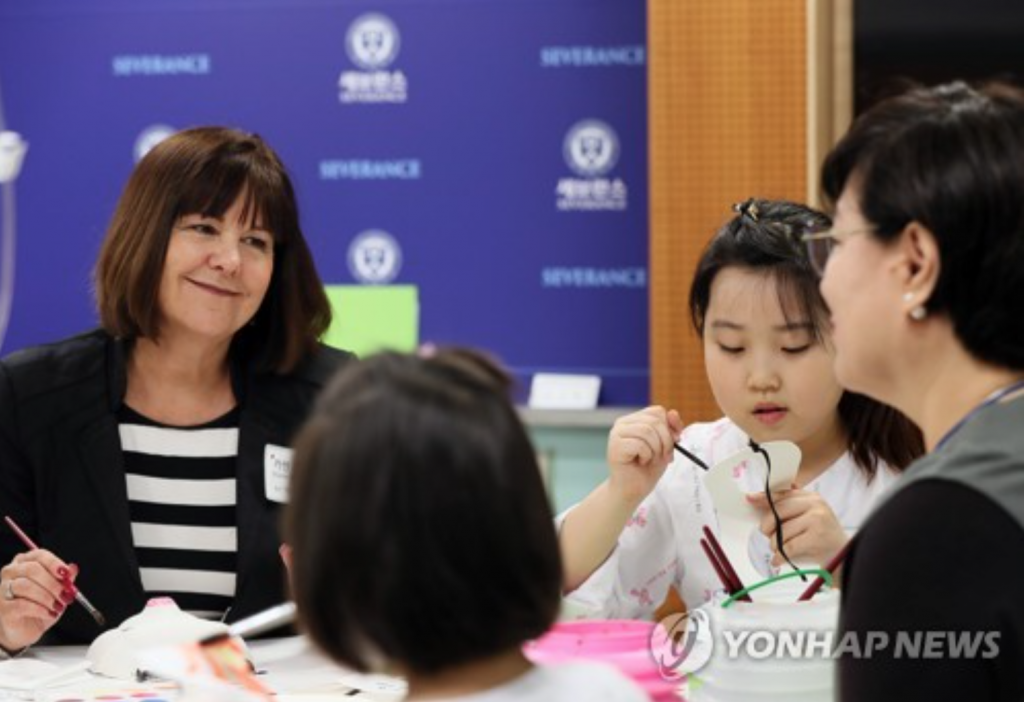 SEOUL, April 18 (Korea Bizwire) – While Vice President Mike Pence visited the Demilitarized Zone to highlight the commitment of the U.S. to the security of the Korean Peninsula on Monday, the second lady, Karen Pence, visited Severance Children’s Hospital in Seoul as a daily art therapist.

The second lady is also a painter, and serves as an honorary chair of the Art Therapy Initiative at Riley Children’s Hospital in Indianapolis. Monday’s visit, in which she was accompanied by her daughter Charlotte, was requested by Mrs. Pence herself who wished to see firsthand a local art therapy session for children.

“Art has the power to heal the body and soul of these children. I pray for their speedy return to health,” Mrs. Pence was quoted as saying by Yonhap News Agency. 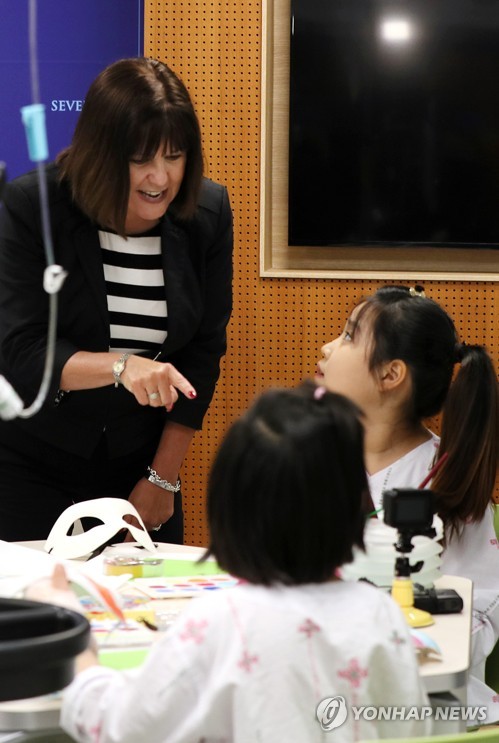 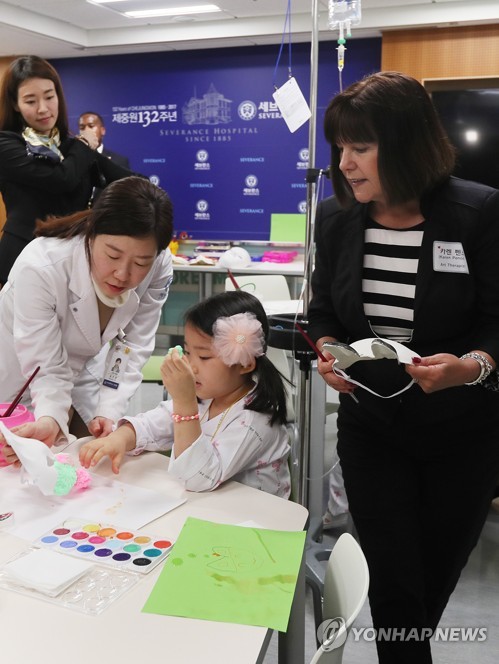