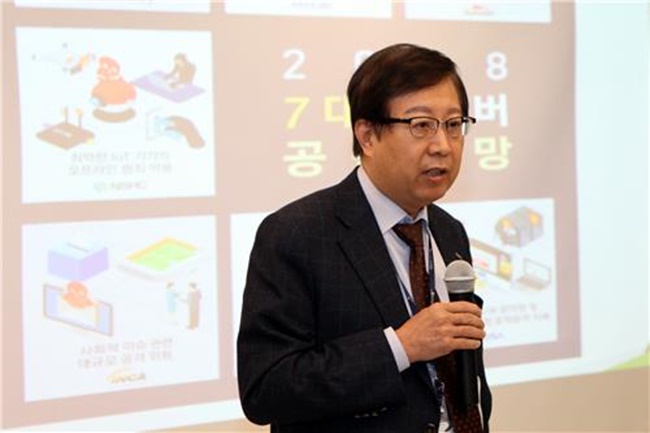 During a press conference held on Friday, the Korea Internet & Security Agency (KISA) revealed a report predicting seven cyberattacks would likely come next year, with cryptocurrency exchanges as the likely targets. (Image: KISA)

During a press conference held on Friday, the Korea Internet & Security Agency (KISA) revealed a report predicting seven cyberattacks would likely come next year, with cryptocurrency exchanges as the likely targets.

According to the report, which was put together with the help of six security firms that are part of the ‘cyber threat intelligence network’, cryptocurrency exchanges are emerging targets as they continue to grow in number. The report also issued a warning against phishing websites with deceptive appearances.

The report argued that ransomware will become more complicated and software developers will be increasingly targeted next year, and also pointed a finger at North Korea.

Moon Jong-hyun, the director of EST Security, says more indirect cyberattacks are expected from North Korea, targeting bitcoin exchange customer centers, for instance, as a way of sneaking into the cryptocurrency system.

“It’s hard to discuss North Korea’s cyberattacks without talking about cryptocurrency. In 2014, an attempt to attack South Korea’s cryptocurrency system was reported. There is a possibility that more indirect attacks (on bitcoin exchanges) could be launched next year,” Moon said.

The finance sector is also being urged to ramp up cyber security efforts, as ATM machine manufacturers, banks and security firms are expected to face an increasing number of cyberattacks in the upcoming months.

“So called ‘Janus’ type ransomware, which can encrypt data and destroy systems, will make more appearances in the future,” Moon said.

Supply chains and public facilities were also found to be vulnerable to cyber terror attacks.

“Weak points are being discovered from the beginning stage of software development these days. Companies dealing with system integration and central management solutions are among the likely targets for ransomware attacks,” said Choi Jung-sik, a team leader at security firm Hauri. 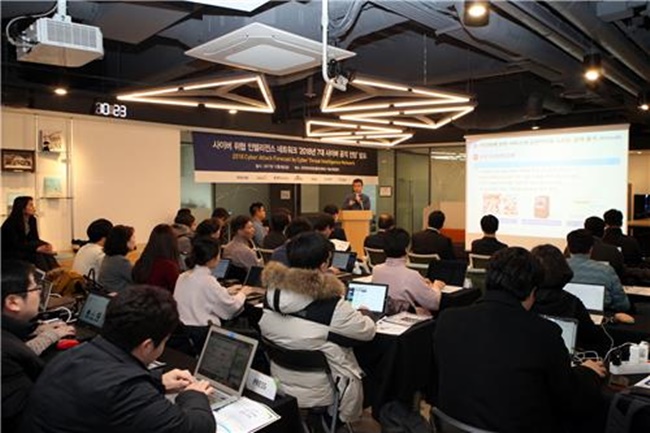 The report also warned of possible North Korean cyberattacks against politically charged events such as local elections and the 2018 PyeongChang Winter Olympics.

Following the release of the report, KISA head Kim Suk-hwan pledged to adopt protective measures against cyberattacks through cooperation with the cyber security intelligence network.