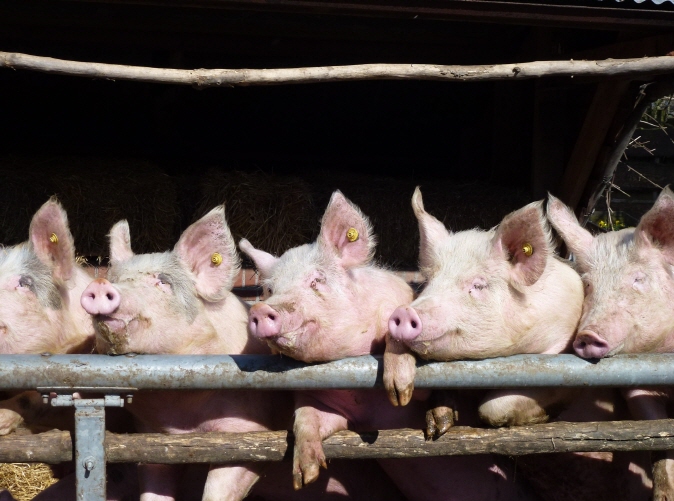 Researchers have found that when pigs are offered play tools, they show improvement in their growth and disposition. (image: Korea Bizwire)

SEOUL, Nov. 10 (Korea Bizwire) — Maybe another word should be added to the proverb “All work and no play makes Jack a dull boy”.

And the word would be “short” or “belligerent” given a study that has examined the correlation between play and growth.

Researchers have found that when pigs are offered play tools, they show improvement in their growth and disposition, said the Rural Development Administration (RDA) on Tuesday.

One of the common features of pigs is rooting: pigs tend to use their snouts to find food or roots.

Taking into this characteristic of pigs, the researchers developed two types of “toys for pigs” that can be bitten or pushed with the nose.

Pigs that played with the toys quarreled less with each other and gained more weight compared to a control group without such toys.

The weight gain for the “playful pigs” increased (8.6 percent) and the number of attack behaviors such as tail bites decreased sharply (73 percent).

Levels of stress hormones turned out to be 42.8 percent lower. This environment enrichment for pigs made them more relaxed and less quarrelsome.

The play tools were offered to the subject pigs for 56 days and their behavior patterns and weight change were observed in a joint study with researchers from Gyeongsang National University.