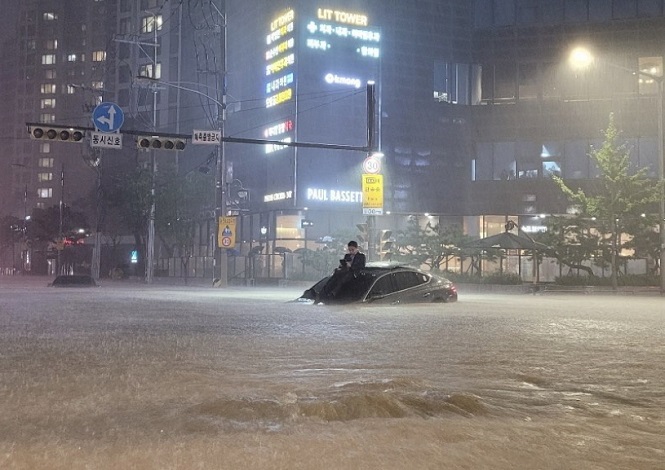 Seoul’s Seocho District, located south of the Han River that bisects the city, sustained the most damage during the downpour. Cars were trapped in the rapidly rising waters, and a driver was even seen climbing onto his car to observe what was happening.

Wearing a suit and tie, he sat on top of his Genesis G80 sedan, looking at his phone. Meanwhile, the car was slowly being swallowed up by the water.

In Gwanak District, a Seoulite was seen swimming across a submerged road. Wearing a pink swimming cap and suit, he attempted to go freestyle but failed to make any progress.

Seeing him waggle his arms and legs, one of the online commentators said “someone’s got to enjoy the rain.” 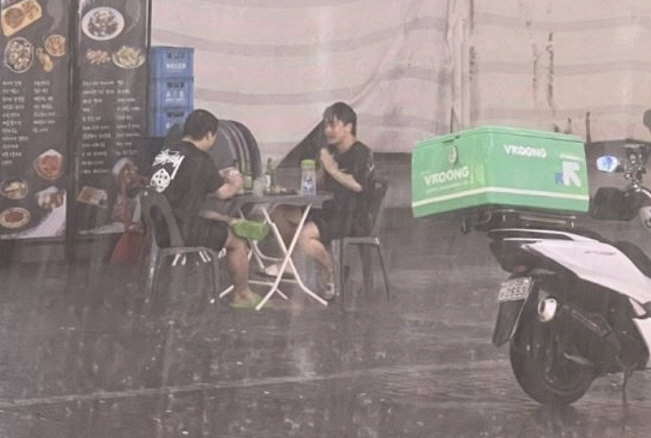 Two other Seoulites were seen drinking outdoors, despite rain heavy enough to blur their eyesight.

On top of their table were two bottles of soju and a water bottle, as the two men carried on with their conversation amidst the deluge.