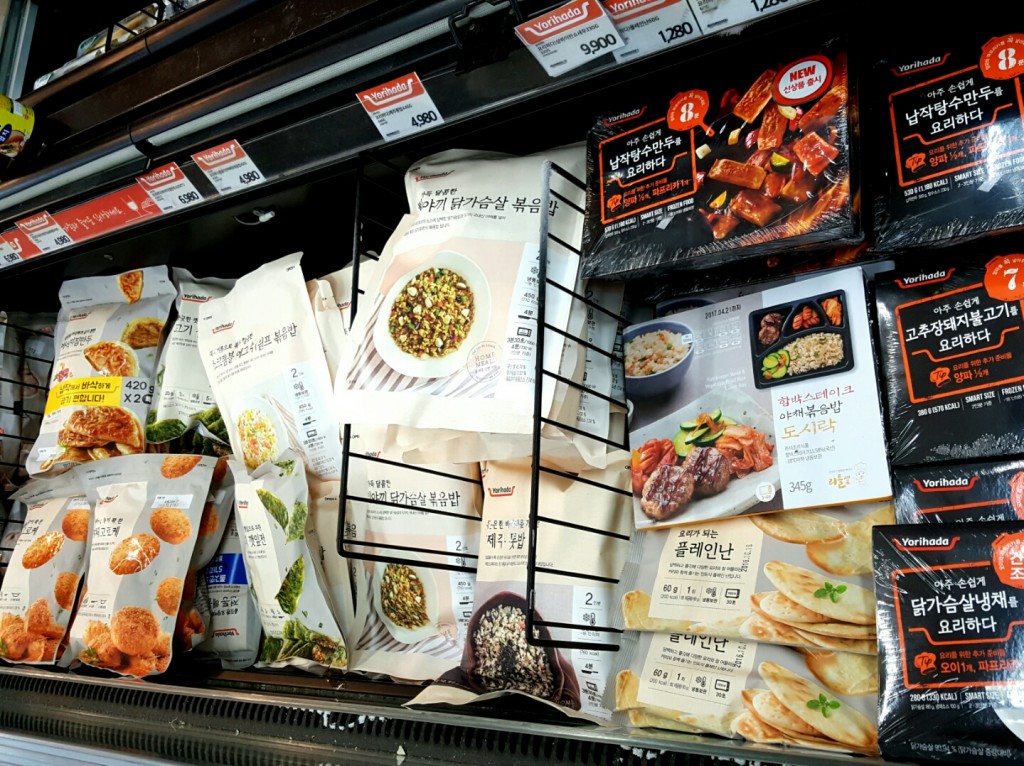 SEOUL, Aug. 5 (Korea Bizwire) – Frozen food was once seen as mere ‘survival food’ for hungry students, who would simply throw a prepared meal into the microwave and run it for a few minutes. But the popularity of these quick and convenient meals has soared thanks to improved quality, diversity, and most importantly, a rapidly increasing number of single-person households. The phenomenon has also has food manufacturers falling over themselves to bring new products to the market.

According to Emart, Korea’s leading discount store chain, frozen food with extended expiration dates saw significant sales growth in the first half of 2016. Sales of frozen substitute food such as fried rice, seasoned vegetables with rice and frozen noodles increased by 75.8 percent compared to the same period last year.

Frozen food products have also become much diverse, with everything from sandwiches and croissant to fruits and vegetables on offer. Sales of frozen vegetables, in particular, increased 16-fold compared to last year. As of last month, Emart was selling 11 different kinds of frozen vegetables harvested from domestic farms.

“We’ve seen growing demand for summer-catered products like ice, ice cream, and drinks, but also frozen food,” said a GS25 official. “There are an increasing number of customers who purchase frozen food products with packaged lunch boxes rather than going to restaurants or cooking at home.”

Industry watchers point to the rising number of single-person households, who tend to prefer food that is relatively easy to store and handle, as the most likely catalyst for the increasing popularity of frozen food.

“More single-person households and working couples have increased the demand for food with longer expiration dates, and meals that can be kept fresh more easily,” said an Emart official. “We’re continuing our efforts to develop food products that can satisfy the changes in consumer demand.”

The number of single-person households in Korea surpassed the 5 million mark in 2015, and is expected to increase to 7.6 million (34.3 percent of the population) by 2035.