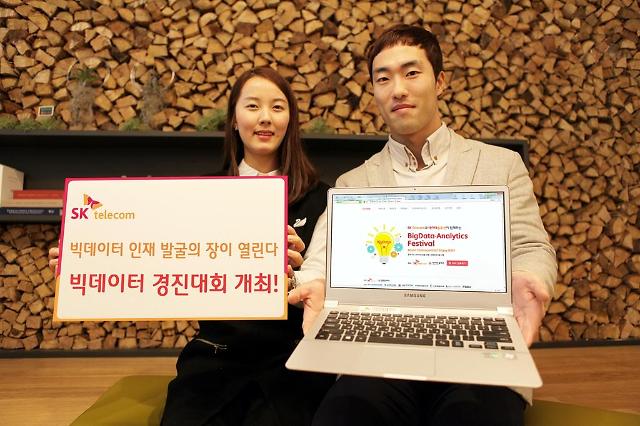 SK Telecom said that it wants to bring public awareness and interest to big data through the festival’s workshops. (image: SK Telecom)

The telecommunications provider is also planning to crystallize several business plans from the competition’s big data analyses on moviegoers, campers, healthy-eaters, and senior citizens. The company has been expanding its big data relevant businesses recently, establishing Geovision, a commercial district analysis service in 2011 and Smart Insight, a service that analyzes public opinions online in 2012.

The Big data Analytic Festival will also provide workshops on statistical analysis and SPSS, a predictive analytics software, targeting people who have yet to receive training in these fields. SK Telecom said that it wants to bring public awareness and interest to big data through the festival’s workshops.

The festival’s competition will accept online submissions from December 22, 2014 to January 13, 2015 at http://baf.datasolution.kr. SK Telecom will announce the finalists on April 2, 2015. Entrance is open to anyone, except individuals currently working for analytic solution & consulting companies. The competition is also accepting applications from teams of up to three people.

Fifteen winning teams will receive a total of 17 million won (US$ 15,454), while the grand prize winners will also receive letters of recommendation for employment.