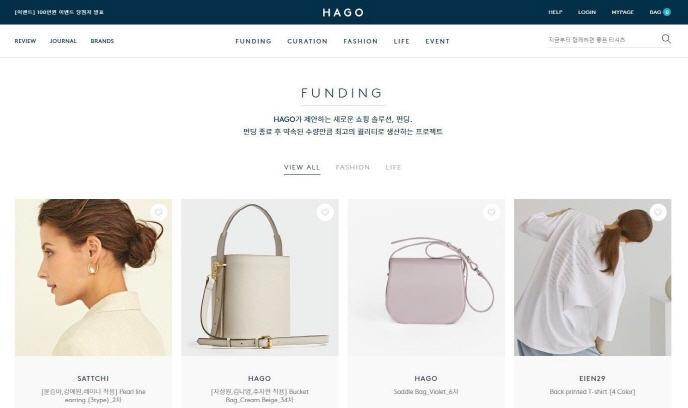 SEOUL, May 27 (Korea Bizwire) — While South Korean retail companies are competing over speed in the delivery market, the crowdfunding market, which typically requires at least a month before products are delivered, is rising as the new form of consumer activity in the country.

Crowdfunding is based on pre-orders made by customers. If enough pre-orders are placed to reach the funding target, the products are then manufactured.

For manufacturers, the crowdfunding system relieves them of the need to be concerned with inventory management, and enables them to cut various commission fees to sell the products at an affordable rate.

Also, manufacturers can raise funds for production costs in advance, allowing startups to come up with variety of innovative items rarely found in other places.

Crowdfunding items include water purifiers and exercise machines for pets, and other unique items that are difficult to be mass produced.

In the age of speedy delivery services, the crowdfunding market delivers late.

However, affordable price, outstanding quality, and innovative products are working as solid foundations for growth among crowdfunding companies.

HAGO, a South Korean crowdfunding platform established in 2017, accounted for 54 percent of all crowdfunding-related transactions in the country. The return rate was only 0.9 percent.

HAGO bags, the company’s signature product, have been placed for re-orders on more than 40 occasions, raising 2 billion won (US$1.6 million) in sales each year.

Wadiz Corp., another South Korean crowdfunding platform that was established in 2012, brought in 39.2 billion won through crowdfunding last year, a significant increase from 3.5 billion won in 2016.

URR began with a 16 percent average for reaching funding targets. Now, the success rate has gone up to 50 percent.

“More consumers are willing to wait as long as their needs are satisfied, which is driving the growth of the crowdfunding market,” said a source familiar with the sector.