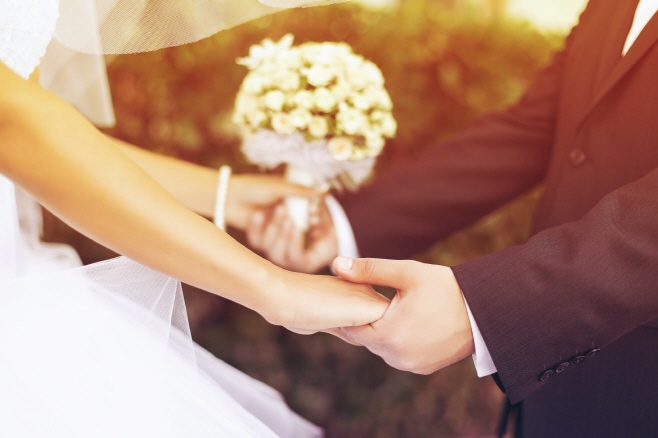 SEOUL, Sept. 7 (Korea Bizwire) — Kim Jeong-hee, a 33-year-old medical doctor, lives with her 39-year-old husband, also a practicing physician, in an upscale residential neighborhood of Cheongdam-dong in southern Seoul. The childless couple has been happily married for three years, enjoying what they call a freer and luxurious lifestyle.

“While my parents may have struggled to raise three children on a single paycheck, my husband and I have no plans to raise a child,” Kim said. “It is a life choice that we have made, and we are very comfortable with it.”

Couples with dual incomes but no kids, called “DINK” — a concept first created in the 1980s — are on the rise in South Korea, with more young people weighing various factors such as careers, financial well-being and freedom over the traditional concept of family.

According to data compiled by Statistics Korea, 36.3 percent of newlywed couples had no kids in 2016, up 0.8 percentage point from the previous year. The childless rate stood at 42.2 percent for couples where both partners work, with numbers falling to 30.9 percent for families that had a single breadwinner.

The latest findings showed that an increasing number of South Koreans are getting married later and having children when they are older, or are giving up on tying the knot and having babies altogether.

DINK, as a result, is now more common, with experts forecasting the number will grow down the road mainly due to a string of social changes. South Korean women — who once were far likelier to look after children in the country’s traditional Confucian society — are now putting their careers before opting to be a homemaker. This move is to some extent being fueled by husbands who want their spouses to continue working, with such trends being prevalent among those with good educational backgrounds and high-paying jobs.

The number of childless couples with high educational backgrounds and good incomes is rising as they focus on their personal development and the desire to be more focused on each other.

“Couples with high incomes, such as those in managerial and professional posts, are less fond of the idea of childbirth as the opportunity cost is bigger,” Park Jin-woo, an official of Statistics Korea, said. “Couples in higher-income brackets are less likely to deviate from their regular lifestyle.”

“I do not wish to give up my life as I would have to take maternity leave or not work for a few years to raise a child,” Kim said. “The combination of postponed parenthood and dual income has encouraged more expensive tastes that do not sit well with having a child.” She added that a full-time nanny costs too much here.

Kim, however, said there are still challenges to her choice, such as the social stigma of being branded as “irresponsible” and “selfish,” especially through the eyes of the older generation, who still think bearing children is a responsibility of married women.

“If you are of child-rearing age, many people of the older generation expect you to naturally have a baby,” Kim said. “It took a long time for me to persuade my mother-in-law, who is a typical Korean woman who has spent her entire life as a housewife.“ 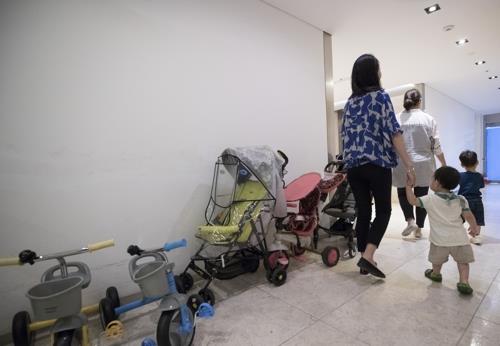 Mothers with their toddlers at a kindergarten in Seoul. (image: Yonhap)

In contrast, a large portion of working women in their 30s involuntarily choose the DINK lifestyle due to circumstances such as economic status and their working conditions.

“The reality is that many women cannot voluntarily take maternity leave as South Korea is a country where working moms do not have much of a voice,” a 27-year-old newlywed surnamed Park, who works at a small-sized construction firm, said on a post written on an online community site. She said that many around her have similar experiences and that circumstances beyond their control are causing them to remain childless.

According to separate Statistics Korea data, a total of 1.81 million women quit their jobs in April, 57 percent of them due to pregnancy and the need to look after their kids.

The total fertility rate, or the average number of babies that a woman is projected to have during her lifetime, reached 1.05 last year, down from 1.17 tallied a year earlier, according to the data. The 2017 figure marks the lowest number tallied in Asia’s fourth-largest economy to date.

“Many women tend to give up on childbirth as the employment rate of those in their late 30s drops significantly due to various reasons, such as discrimination in employment and different wages between men and women,” Jeong Jae-woon, a social welfare professor at Seoul Women’s University, said.

To tackle the worrisome low-rate trend, the South Korean government has been encouraging people to have more children by offering various incentives, including cash rewards, citing that the low birthrate and aging population can seriously hurt the national economy by reducing the workforce and driving up welfare costs.

However, experts argue that it is vital for not only the government but companies to create working environments that are conducive to women staying at work even if they have children. They emphasize that long held social prejudices against working mothers as incompetent or less suitable for jobs need to be altered once and for all.

“South Korea’s compatibility policy of work and home has greatly improved to the level of an advance country, yet there is still room for improvement at small and medium-sized firms and those in temporary positions,” Yang Seo-yeong, a researcher from the state-run Korea Development Bank, said.