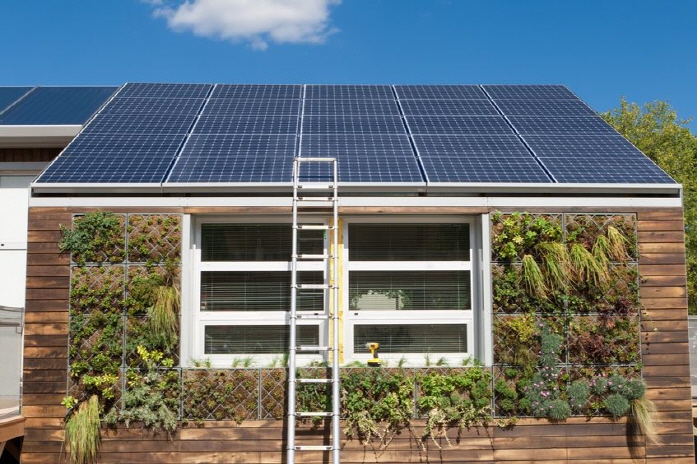 Solar panel rental services that ease the burden of installation fees have been exceptionally popular this year. (image: Korea Bizwire)

SEOUL, Nov. 20 (Korea Bizwire) — The Seoul Metropolitan Government (SMG) said on Monday that it had installed solar panels for 60,375 households in Seoul as of October this year.

The SMG has been encouraging households to install solar panels since it announced its plans to supply solar panels to 1 million households as well as all available public facilities in October of last year.

The city said that a total power capacity of 33MW has been reached in terms of household solar panels installed this year, exceeding its goal of 29MW by 14 percent. The city aims to supply panels to 66,000 households this year.

City officials pointed to the expansion of beneficiaries and improved installation procedures as driving the increased number of panel installations.

Solar panel rental services that ease the burden of installation fees have been exceptionally popular this year.

During the contract period, users can obtain free warranty service, and receive compensation if the panels do not reach the generating capacity proposed by the supplier.

Once the contract expires, users may obtain private ownership over the panels free-of-charge, extend the contract by eight more years, or have them removed for free.

Raemian Foret Apartment Complex (1,070 households) in Gangnam District rented and installed 449KW worth of solar panels to produce 47,165kWh of electricity every month.

This will help save electricity costs of up to 95 million won each year until the contract ends in seven years, the city said.

The city asked citizens who are interested in installing solar panels to apply for subsidies by November 30, as individual subsidies per household for mini-solar panels are expected to decrease starting next year.