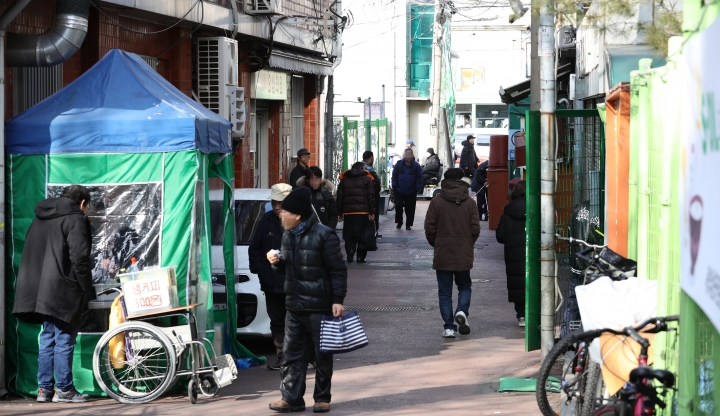 SEOUL, Jan. 3 (Korea Bizwire) — With the winter cold and the coronavirus pandemic sweeping across the country, many struggling individuals living in low-cost boarding housing facilities known as gosiwons or old residential districts have passed away.

Most of them died a solitary death, a financially stricken single-person household living off of basic welfare.

On Dec. 28, in a residential neighborhood in Seoul’s Jongno District, where many vulnerable individuals live in small rooms less than 10 square meters in size, a 40-year-old man, dependent on basic welfare, was found dead.

Coroners said that the man seemed to have passed away on Christmas Day, likely due to a heart attack.

At a gosiwon in Jongno District, two other residents died alone in their rooms during the Christmas holidays, including a 70-year-old tenant. Both residents were on basic welfare.

“We get more reports of solitary residents passing away, particularly during cold weather,” the police said. “We receive one or two reports every day.”

At another residential district inhabited mostly by seniors living alone, two basic welfare recipients passed away in their homes on Dec. 27 and 28 respectively.

Experts argue that physical engagement is crucial for offering welfare services for vulnerable groups, even during the pandemic.