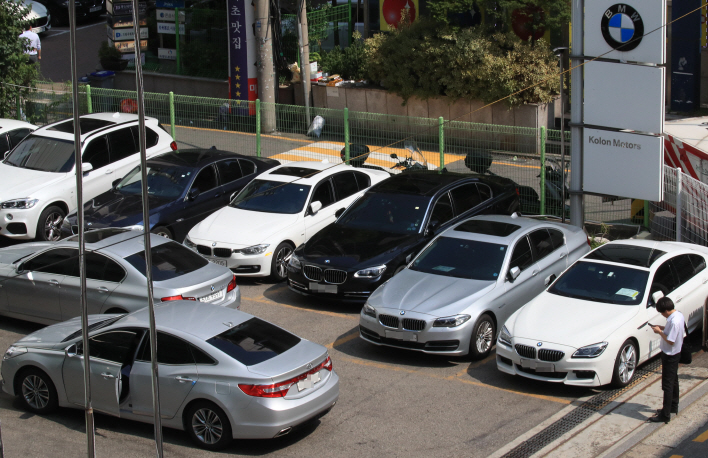 SEOUL, Aug. 9 (Korea Bizwire) — A driving ban on BMWs currently requiring safety checks and the subject of a recall would be a huge inconvenience for the owners of the vehicles, most acknowledge, but the measure is still being considered by the South Korean government.

According to Kim Hyun-mee, the Minister of Land, Infrastructure and Transport who held an emergency press briefing yesterday, the ministry is considering putting a driving ban on BMW vehicles that have not received a proper safety check.

The checkup would determine if the car has any manufacturing defects. Thus, the driving ban aims to eliminate the possibility of additional engine fires, which have become increasingly frequent as of late.

The safety checks have not been mandatory up until now, but if the government decides to enforce a ban, BMW owners will have no choice but to take their car in for service.

BMW Korea plans to implement a recall starting August 20, but if the driving ban comes into effect on August 15, car owners will not be able to drive their vehicles for at least five days.

Even if the recall is initiated, the process of having the problematic engines or components replaced is bound to take a few days if numerous cars come in simultaneously to get the service completed as quickly as possible.

And in the case that the repairs are prolonged, the period in which car owners are left without their vehicles will end up being longer.

BMW owners have been voicing their displeasure with regards to the government proposal.

One driver said, “Although I understand the government’s objective, the measure comes as an inconvenience to car owners, and the government did nothing while nearly 30 cars went up in flames.”

Another BMW owner, 36-year-old Kim who drives a model that is not the subject to the recall, said that this is hard time to be a BMW driver.

“The government’s measure seems appropriate, but I’m afraid that all BMW owners may end up in an uncomfortable situation if the driving ban is enforced.”

However, other members of the public seemed relieved by the measure, with some saying that it was late, but appropriate.

A 43-year-old individual referred to only as Park said that while BMW owners may be inconvenienced, “it is a welcoming move for the population at large.”