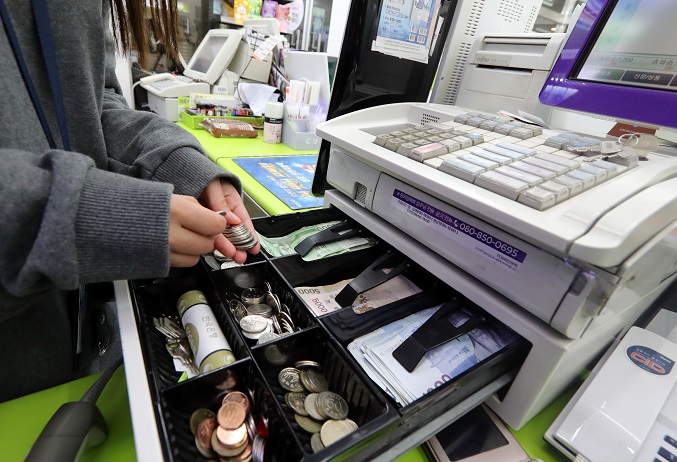 A clerk is counting coins at a convenience store in this file photo. (Yonhap)

SEOUL, Oct. 4 (Korea Bizwire) — South Korean teens are refusing to take the change when paying for public transportation because it is ‘too embarrassing’.

A 15-year-old teenager surnamed Lee said she has almost never taken any change when paying for a bus ride.

“A single pack of snacks at a convenience store costs over 1,000 won (US$0.70), and I think it’s meaningless to take the change since it’s less than a couple of hundred won,” she said.

“When there are people waiting behind me to get on a bus, I even feel embarrassed to take the change. So, it’s like I’m paying a little bit more to avoid the embarrassment.”

“The change would come out when I already took my seat,” said Yoo, another 15-year-old girl. “It gets a bit noisy when I carry the coins around. Why bother?”

With the spread of pre-paid traffic cards, some teens did not know the exact price of the bus fare and did not expect to get any change.

Experts said that it is the result of the spread of expediency throughout the younger generation and the dropping value of coins.

“While some people don’t bother taking small money, they must learn that saving up coins too can build a fortune,” said Lee Eun-hee, a professor of consumer science at Inha University.