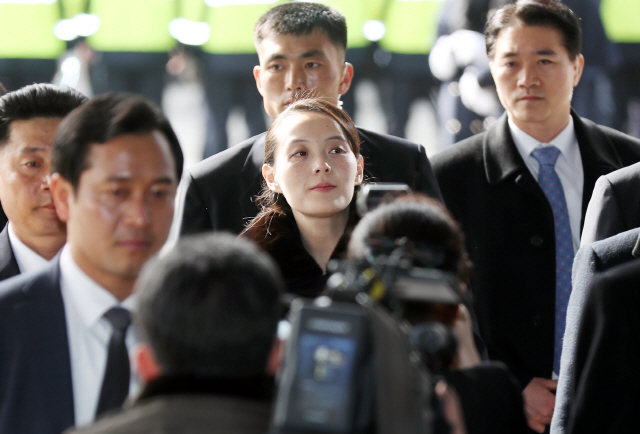 Such speculation arose as her belly covered by a coat appeared to protrude when she visited South Korea from Feb. 9-11 as her brother’s special envoy.

A local media report said that Kim told South Korean officials during her trip that she is pregnant with her second child.

“There is nothing that we’ve known of,” said an official at Seoul’s unification ministry, when asked whether the government can confirm her rumored pregnancy. “That’s the South Korean government’s stance.”

In April 2015, South Korea’s spy agency said that Kim would likely give birth the following month, adding that her husband may be an alumnus of her alma mater, Kim Il-sung University.

The ministry official also said that he cannot confirm Kim’s delivery of her child back in 2015.

On Feb. 10, Kim delivered a personal letter by her brother Kim Jong-un to President Moon Jae-in containing an invitation for the South’s leader to visit Pyongyang at an early date.

It was the first trip to the South by a member of the North’s ruling family dynasty since the 1950-53 Korean War, which ended in an armistice, technically leaving the two Koreas at war.

Yo-jong, presumed to be around 30, was named an alternate member of the Workers’ Party of Korea’s (WPK) politburo, the top decision-making body, at the party’s key meeting in October 2017. It happened only 17 months after she became a member of the WPK’s central committee at a party congress in May 2016.

Since then, she probably has been promoted to the No. 2 post in the WPK’s propaganda and agitation department in charge of idolizing Kim Jong-un and controlling the public.