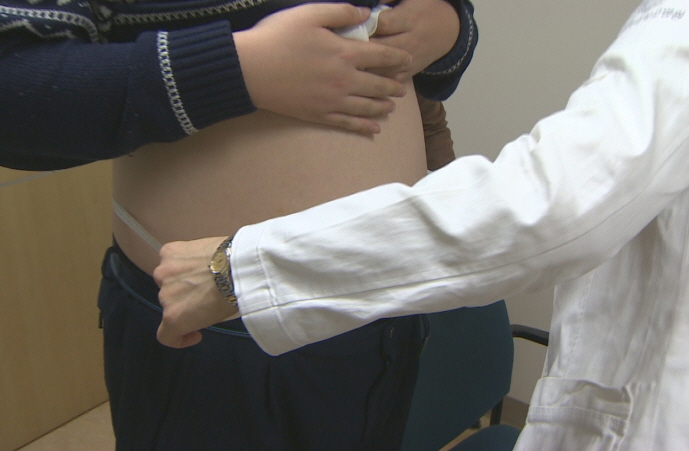 Researchers argued that a 1㎠ increase in visceral fat can increase a woman’s chance of falling into depression by 1.006 times. (image: Yonhap)

Prof. Cho Sung-jun and his team at Seoul National University Hospital studied the relationship between visceral fat and depression by looking into 7,238 patients who received treatment at the hospital from 2004 to 2012.

The research team conducted CT scans to check the extent of visceral fat and Beck Depression Inventory checks to measure depression, revealing that 171 out of 4,945 male patients, and 162 out of 2,131 patients were suffering from clinical depression.

Comparing these patients to those unaffected by depression showed that visceral fat could increase the risk of women suffering from depression.

The team argued that a 1㎠ increase in visceral fat can increase a woman’s chance of falling into depression by 1.006 times.

A 1 percent increase in the proportion of visceral fat among other fats in the abdomen can also increase a woman’s chance of becoming depressed by 1.028 times. This pattern was not observed among male patients.

“Cortisol, also known as the stress hormone, increases when visceral fat is accumulated, which may also increase the chance of experiencing depressive moods,” said Cho.

“An increased amount of visceral fat incites inflammatory activities inside the body and triggers a higher resistance to insulin, which may also lead to feelings of depression.”

“As for why we cannot observe this pattern among male patients, we believe that the difference in hormones between men and women plays a role,” he added.

“It might also have reflected the difference in attitude among male and female patients while they conducted self-checks for depression.”

The study was published in the Journal of Affective Disorders, a medical journal covering research on all aspects of affective disorders.