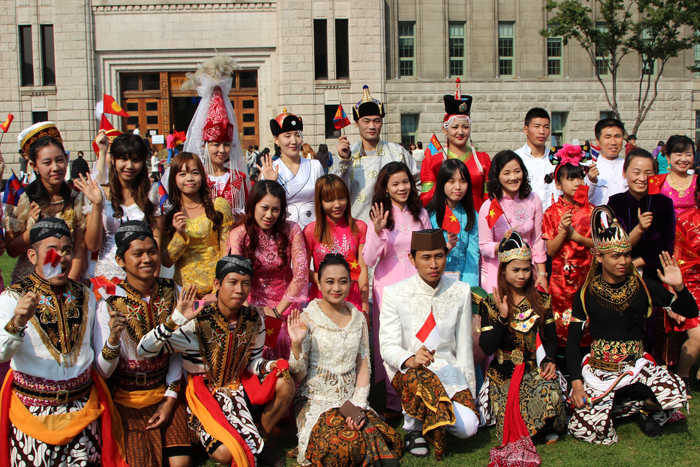 The number of immigrants, including naturalized citizens, in South Korea has been rising steadily. (image: Hyundai Motor Chung Mong-Koo Foundation)

SEOUL, May 6 (Korea Bizwire) — Entering into contact with immigrants without proper mutual exchange can instill a sense of caution and negativity among immigrant groups, a recent study revealed.

Shin Dong-hun, a researcher at Hanyang University, and Prof. Yang Kyung-eun from Sungkonghoe University conducted a case study of 3,975 people who participated in the 2015 Study on Multicultural Acceptability in Korea to prove their hypothesis on the effects of direct and indirect contact and mutual exchanges with immigrants.

The study revealed that ‘superficial’ contact with immigrants, like passing by in the street, at a shopping mall, or on public transportation can instill unfamiliar feelings among immigrants, discouraging multicultural acceptance.

Younger immigrants with higher academic backgrounds felt more accepted by Korean society. There were no statistical differences for gender or income levels.

The study also revealed that the media is a double-edged sword that risks suppression and discrimination of multicultural minorities while helping them for social integration and raising good public awareness about them.

South Korea tended to be more welcoming towards immigrants when they are constantly seen as good people engaging in volunteer activities, achieving harmony with South Koreans, or when they fall victim to various labor frauds and abuse.

On the other hand, South Korea turned less welcoming towards multicultural groups when they are described as undocumented immigrants or criminals in the media.

“South Korea is on the verge of becoming a multicultural society. However, direct contact with immigrants is still expected to occur less often, which leaves us with the option of indirect contact through mass media,” the research team said.

“Mass media should step up to raise good public awareness towards immigrants by including them in public campaigns and advertisements, allowing society to familiarize itself with them.”