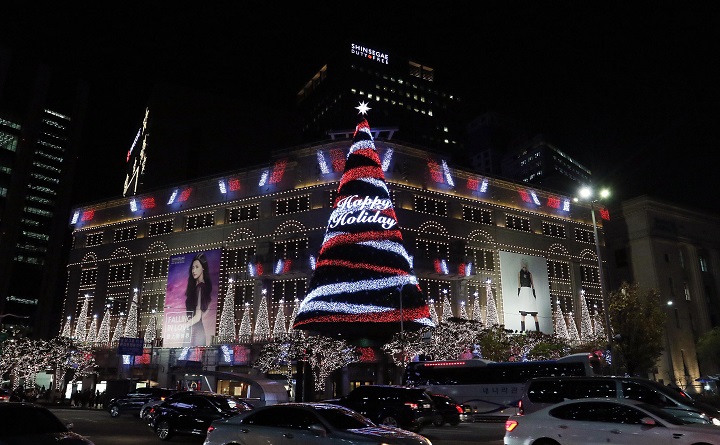 SEOUL, Dec. 8 (Korea Bizwire) — South Korea’s retail giant Shinsegae said Friday it will reduce its employees’ working hours to 35 per week starting next year as part of its efforts to improve their work-life balance.

It will mark the first case for a local conglomerate to adopt the 35-hour working week policy, when the country’s standard working hours are 40 a week, Shinsegae said.

All employees from its sprawling businesses in the retail sector, including department stores, duty-free shops and discount stores, will be subject to the change from January, which will cut their daily working hours from the current eight hours to seven, the company said.

Shinsegae also said it will continue the wage hike which has been done annually, regardless of the cut in working hours.

“As the change would bear huge benefits to our employees, we expect them to concentrate more on their work and voluntarily take part in establishing a working environment that would improve overall productivity,” Shinsegae said in a press release.

The announcement came as the Seoul government is pushing to reduce the annual working hours to below the 1,800 level.

According to data from the Organization for Economic Cooperation and Development (OECD), an average South Korean worked 2,069 hours in 2016, 306 hours more than the OECD average of 1,763 hours that same year.

Industry watchers said it remains to be seen whether Shinsegae’s experiment will settle and spread as a common working culture in the overall retail sector.

“Shinsegae has been at the forefront of adopting a number of innovative policies in the retail industry, but evaluations over their effectiveness are still divided,” an industry source said. “We will have to wait and see if the latest decision will turn out to be a mere surprise show, or successfully take root.”