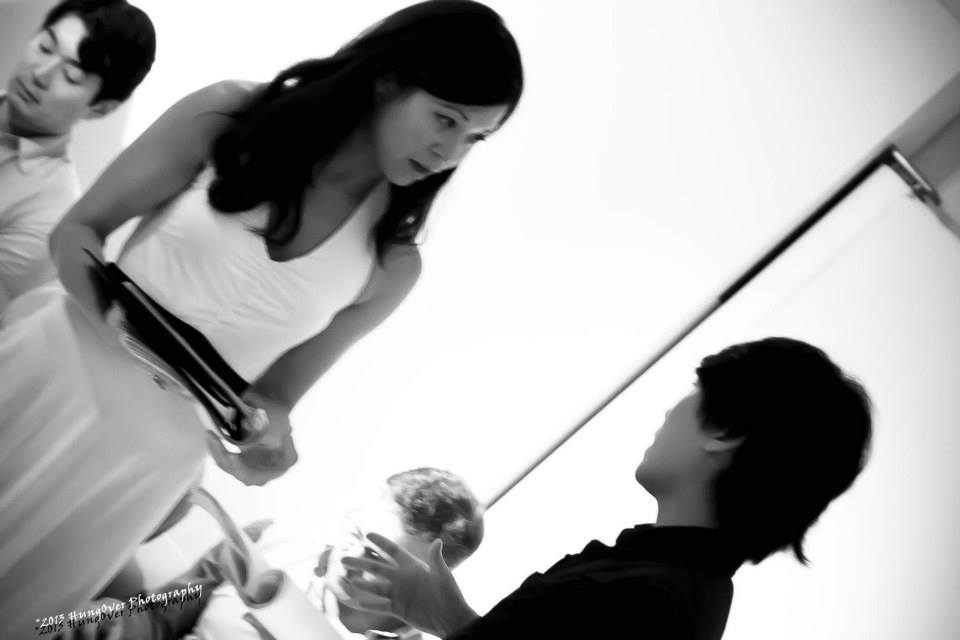 The Film Lab has teamed up with The Korea Society to host an evening of entertainment, open to the public, ranging from cutting edge film sneak peaks to theatrical performances by American actors. (image credit: PR log)

NEW YORK, Sep. 23, 2013 (Korea Bizwire) – The Korea Society and the Asian American Film Lab (“Film Lab”) are delighted to present a joint entertainment event, open to the public, on October 22nd at 7:00PM at The Korea Society, 950 Third Avenue, in New York City.  The Film Lab and The Korea Society have joined forces to encourage multi-cultural collaboration and have created a menu of entertainment for artists and non-artists, alike.  “The entertainment should be intriguing to Koreans and non-Koreans alike,” said Fran Bonham of the Korea Society.  “We look forward to hosting a terrific and diverse crowd for this wonderful event and to continuing to bridge the gap between cultures.”

The October 22nd event will consist of live performances and video installations, showcasing Korean and Korean American stories, writers and/or themes in multi-cultural contexts.  As a special treat, Film Lab’s Unfinished Works Coordinator, Lorna Nowve, will be moderating the performances in the Film Lab’s signature “Unfinished Works” style, which actually allows the audience to participate in the creative process and to interact directly with the writers, directors, actors, and filmmakers.  The event will be a smorgasbord of entertainment and networking opportunities, not to be missed!

The event will include excerpts from a cutting edge, fascinating new film created by Korean American documentary director, Jae-Ho Chang (nominated for the David L. Wolper Student Documentary Achievement Award by the International Documentary Association, recipient of the Martin Scorsese Young Filmmakers Scholarship and the Ang Lee Scholarship Award).  His film ‘The Last Vacation’ aired on PBS and in many festivals, won the Craft Award for Best Screenplay, Best Editing, Best Acting, and was selected as a Wasserman Finalist at New York University’s First Run Film Festival.  His documentary ‘Ultimate Christian Wrestling’ was awarded Honorable Mention at the 2007 Tribeca All-Access Creative Promise Award, and won the Best Documentary Feature and the Programmer’s Award for Artistic Vision at the New Orleans Film Festival.  His latest project is a short film produced by actor Tim Kang (The Mentalist).

Another of the featured works will consist of a professional staged reading by Film Lab Actor Directory members of the short film, “A Day in the Life of Who” by Aimiende Negbenebor Sela.  “A Day in the Life of Who” follows a Korean-American photojournalism student who must confront her own troubled past when she inadvertently documents the last day of a homeless woman’s life.  A descendant of Nigerian parents, but born in the United States, Aimiende Negbenebor Sela spent the first years of her life in Nigeria, West Africa, before returning to her birth place of New York city in 1997. Her works have appeared in the Fringe Festival and Poland’s “Close Strangers” Festival, among others.

About The Asian American Film Lab
The Asian American Film Lab (Film Lab) is a 501(c)(3) non-profit dedicated to the promotion and support of gender and ethnic diversity in film and television through free monthly educational and outreach programming and the acclaimed annual 72 Hour Shootout filmmaking competition.  This annual competition has inspired hundreds of filmmakers by helping nascent talent take brave steps towards a filmmaking career. The Film Lab was formed in 1998 by collaborative of New York-based filmmakers whose goals were to hone their craft and to share their knowledge, experience and resources. The membership has grown to comprise professionals, artists and other talented individuals who all share the common goal of creating great film and promoting all filmmakers of color, with a focus on Asian Americans, and the visibility of their stories and characters in film and television.  The Film Lab’s Unfinished Works program constitutes its longest running program, ongoing for 15 consecutive years.  Unfinished Works allows writers to workshop, in a structured and constructive environment, unfinished plays, screenplays and television scripts.  It also serves as a bridge between actors, writers and directors of color, particularly Asian Americans.

The Film Lab is run under the direction of President Jennifer Betit Yen.  The Unfinished Works program is coordinated through Lorna Nowve. The Film Lab is a 501(c)(3) not-for-profit organization. Membership and all contributions are tax-deductible to the fullest extent of the law.
www.asianamericanfilmlab.org

About The Korea Society
THE KOREA SOCIETY is a private, nonprofit, nonpartisan, 501(c)(3) organization with individual and corporate members that is dedicated solely to the promotion of greater awareness, understanding and cooperation between the people of the United States and Korea. In pursuit of its mission, the Society arranges programs that facilitate discussion, exchanges and research on topics of vital interest to both countries in the areas of public policy, business, education, intercultural relations and the arts. Funding for these programs is derived from contributions, endowments, grants, membership dues and program fees. From its base in New York City, the Society serves audiences across the country through its own outreach efforts and by forging strategic alliances with counterpart organizations in other cities throughout the United States as well as in Korea.    The Korea Society traces its roots to 1957 when a group of prominent Americans, under the leadership of General James A. Van Fleet, who commanded the U.S. armed forces in the final phase of the Korean War, established the first nonprofit organization in the United States dedicated to the promotion of friendly relations between the people of the United States and Korea “through mutual understanding and appreciation of their respective cultures, aims, ideals, arts, sciences and industries.” As it exists today, The Korea Society is the successor to several interconnected organizations pursuing aspects of these objectives which were established through the joint efforts of Americans and Koreans over the ensuing decades, most notably, the New York-based U.S.-Korea Society and the Washington, DC-based U.S.-Korea Foundation. In June 1993, these two organizations were merged to form The Korea Society.    Today the leadership of The Korea Society is in the hands of Mark C. Minton, a distinguished former foreign service officer who serves as president, and Thomas C. Hubbard, a former U.S. ambassador to Korea, who serves in the capacity of chairman of the board. They are supported by a board of directors drawn from the fields of business, the professions, academia and public affairs and an advisory council whose members are leading public figures in Korea and the U.S.