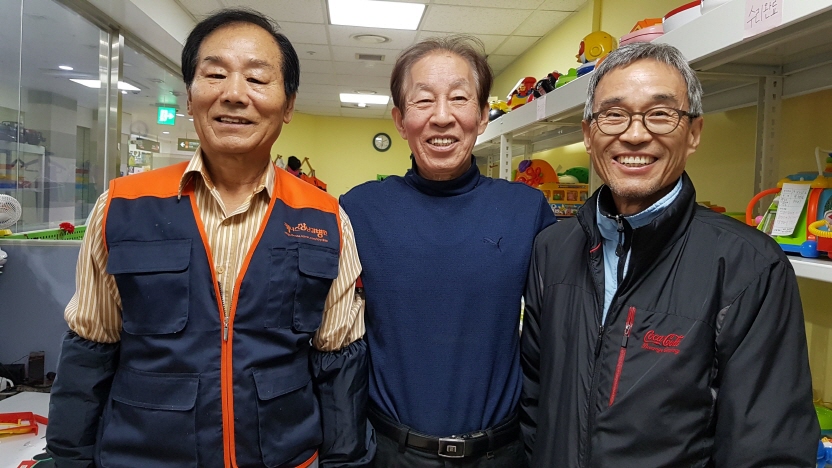 INCHEON, Nov. 16 (Korea Bizwire) — Kim Kyeong-rae, a former engineering high school principal, never thought he would be spending his retirement trying to fix broken toys like a blue-and-yellow Pororo truck missing one of its wheels.

“I thought I would be doing something else, but I found this very rewarding, especially when I see thank-you comments,” Kim said while using a glue gun to put a wheel back on the plastic truck bearing the images of Pororo and his friend Patty from the popular TV animation series “Pororo the Little Penguin.”

“All of us here live on pension, and I think this is one of the ways for us to pay back to society,” he said, as the toy truck loudly played a Pororo song while blinking a red light on its top. “I take great pride in being a master craftsman in toy repair,” he said with a grin.

Kim is one of the 10 “toy doctors” offering volunteer services at the “Kinis Toy Clinic” in Incheon, west of Seoul, which repairs broken toys sent in from across the nation free-of-charge and sends them back to the customers. Customers only pay the shipping expenses.

Kim joined the clinic two and a half years ago at the request of his old friend Kim Jong-il, a retired engineering college professor who established the clinic in 2011 and coined its name “Kinis” by combining the words, kid and silver.

All 10 “doctors” working at the clinic are retirees, five of them former college professors including the founder, and two others former high school teachers, while the other three are former information technology company officials. 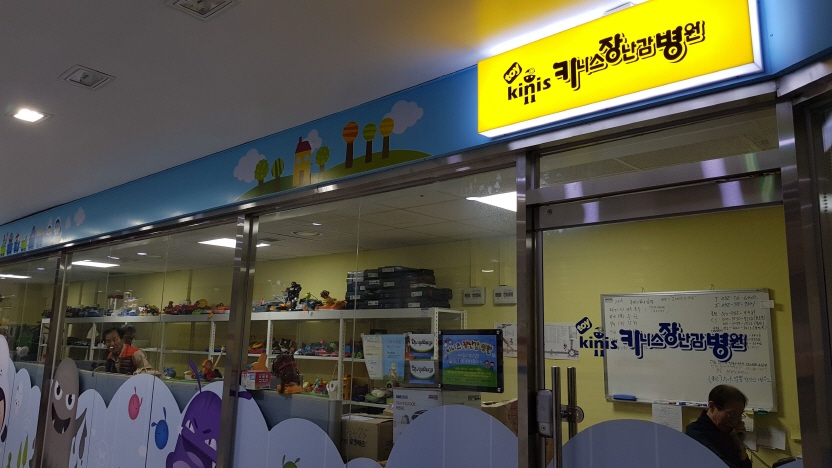 Kim said he launched the clinic after a professor friend, who learned about a volunteer toy repair network in Japan while studying there, suggested starting a similar project. That friend tried to run a repair center with the help of his students, but it didn’t last long, Kim said.

“I decided to do it because I had thought that I should do something for this society after retirement,” he said, adding half-jokingly with a laugh that he shouldn’t have done so in retrospect, considering the financial and other difficulties involved in running the clinic.

Kim said he spent tens of thousands of dollars of his own money to buy furniture, repair tools and equipment and pay for other expenses, and asked friends and others to join the clinic with a small promise that he will never to fail to buy them lunch every day, even though they won’t be paid for their services.

Kim said he doesn’t seek government subsidies and runs the clinic only with public donations, except that the office space is provided for free by the Incheon City Facilities Management Corporation.

“I don’t want to receive government money because if we receive money from the government, that means we are doing this for ourselves, not for others,” he said. 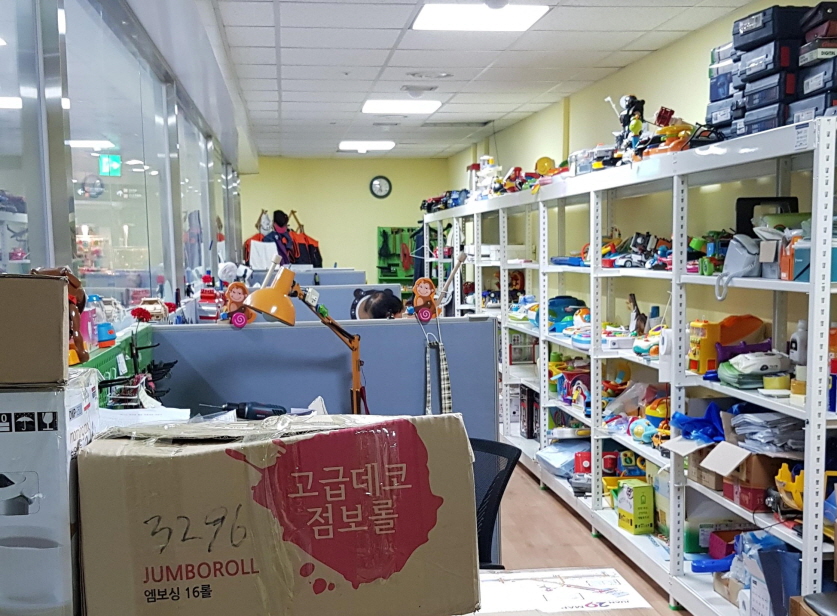 About 80 percent of the toys that arrive at the clinic are repaired, with the remaining 20 percent deemed unfixable due to a lack of parts or other reasons, Kim said.

After a TV program about the clinic aired in May, however, the number of admission requests spiked to a level beyond the clinic’s capacity. Since then, Kim said he’s been limiting the number of daily repairs to 25.

Kim said playing with toys is one of the best and natural ways for children to grow.

“But these days, many mothers give children smartphones as toys,” he said. “Children play games with the phones. Those games are about either winning or losing, and if you lose, you get angry. I don’t think this is the right way to educate children.”

Kim said there are still many people who can’t afford toys for their children.

Most repair requests come from less well-off districts and there aren’t many coming from well-off areas, such as Seoul’s southern Gangnam and Seocho districts, he said.

“Some people pick up thrown-away toys and send them to us for repair because they can get their children toys if they spend the round-trip shipping cost of about 7,000 won (US$7) only,” Kim said. “The reason this clinic is necessary is because of these worse-off people.”

Many people also donate toys, either broken or unbroken, to the clinic, and the clinic repairs and donates them again to orphanages, hospitals and other places a few times a year, Kim said, adding that numbers of donated toys are in the thousands per donation.

Kim said he hopes to see similar clinics or toy repair and donation centers spring up in provincial regions so that more children will be able to play with toys.

Won, the clinic’s youngest member, said he feels so happy to see children smiling after their toys are fixed or when he opens a shipping box and finds a few pieces of chocolate or other small items packed with the broken toys as an expression of appreciation.

“That’s why I do this voluntary service while spending my own money to commute,” he said.

“We are called toy doctors, but I think we’re doctors treating and healing children’s minds,” he said.