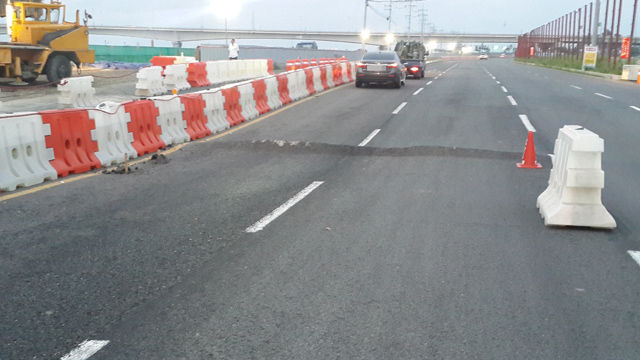 YANGJU, July 25 (Korea Bizwire) — With temperatures rising above 35 degrees Celsius during the day in the metropolitan area of the nation’s capital on Monday, the roads near Songchu IC heading toward Ilsan on the Seoul Ring Expressway suddenly began to give way and rise 3 to 4 centimeters, forming ridges.

This prompted officials from Seoul Beltway Corp., the operator of the expressway, to take immediate action, dispatching a team that worked on the roadways from 5 p.m. on Monday to 6:30 a.m. Tuesday morning.

Fortunately, no one was hurt, but two car lanes were blocked due to the maintenance work, leaving frustrated drivers snarled in traffic between Uijeongbu IC and Songchu IC.

Most of the displaced pavement was in the vicinity of expansion joints. These steel joints are placed at regular intervals, allowing the pavement to expand and contract depending on weather conditions.

Before expansion joints were introduced, the surface would crack when stress was induced.

But under the current extreme heat conditions, the pavement expanded far too much, pushing up the steel joints and causing the roadway to buckle.

On June 16, the roads near Sunsan Tunnel on the Seohaean Expressway in Ansan, Gyeonggi Province, cracked and rose 30 centimeters above the ground.

An official at the Seoul Beltway Corp. said that the phenomenon typically occurs on roads paved with concrete, which has the capacity to expand greater than asphalt.

“In this case, the heat pushed the steel fixture on the expansion joints that caused the concrete to rise up,” said the official. Meanwhile, the Songchu IC region recorded a daytime-high temperature of 35.7 degrees Celsius. 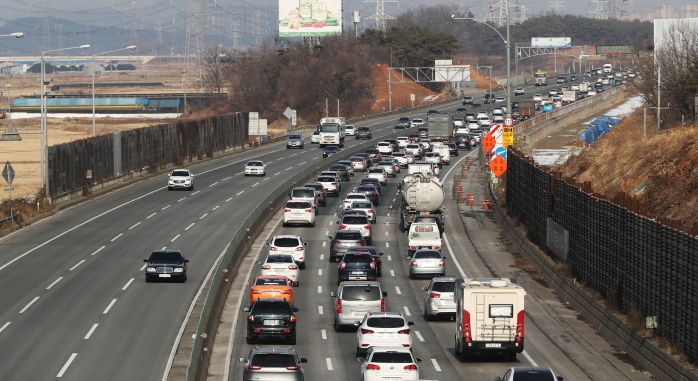