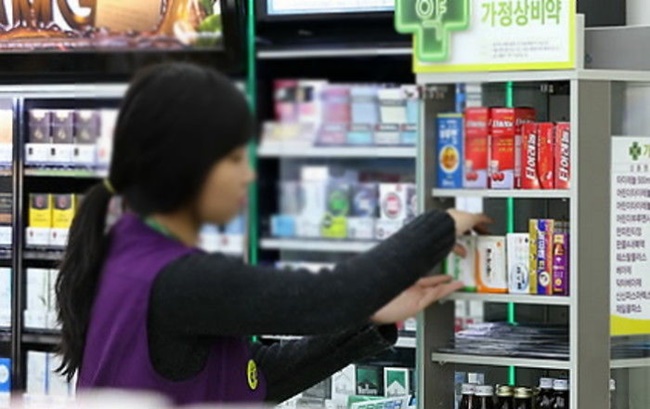 Today was the second day in South Korea that workers at the low end of the pay scale received an hourly wage of 7,530 won, but opinions varied on the new minimum wage, with the hopes of upbeat workers offset by worried business owners.(Image: Yonhap)

Yesterday was the second day in South Korea that workers at the low end of the pay scale received an hourly wage of 7,530 won, but opinions varied on the new minimum wage, with the hopes of upbeat workers offset by worried business owners.

One worker at a convenience store in Jongno District in Seoul says the owner opted to make rather drastic staffing changes following the introduction of the new minimum wage.

“The biggest change to come out of the minimum wage hike is that my boss has decided not to open the store at night.

“As the store is located in a busy district, I have been getting paid more than the minimum wage given the difficult customers and high sales. However, I signed a new contract in the new year, calculating the wage down to the last penny,” the convenience worker said.

According to the worker, the owner said that a minimum wage hike will see more shops close and will make it easier for businesses to find part-time employees.

Kim, a 28-year-old who has been working at a café in Yeongdeungpo District, is slightly worried about the lack of discussion over the increased minimum wage.

“I work from 8 in the morning to 2 in the afternoon on an hourly wage of 7,000, but my boss has yet to say anything about increasing my wages,” Kim said.

While workers are looking forward to getting paid more, employers tell a different story.

“I find it burdensome to hire more part-time workers, even though I now work 10 hours a day. I even thought of closing the store given the sluggish economy, but the breach of contract penalties make things difficult,” said Jeon, who has been running a convenience store in Yeongdeungpo District.

Another convenience store owner, Baek, says she is at a breaking point.

“Although I work from 8 a.m. to 9 p.m., I’m even considering working one more hour. It’s hard to know what to do with the new minimum wage as I have barely been making ends meet,” Baek said.

According to Lee Ga-hyeon, the chairperson of part-time worker interest group Alba Labor Union, no complaints have been filed about wages.

“Conservative groups have been trying to frame the conversation about the minimum wage negatively by pushing the narrative that jobs will disappear due to a minimum wage hike,” Lee said.