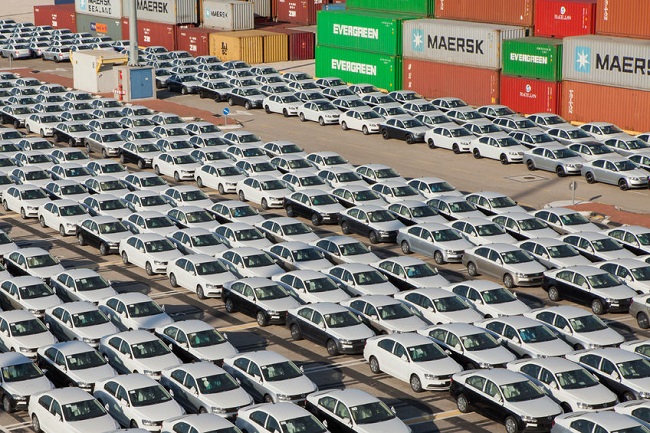 For the automobile industry, the issue that looms large is the possibility of tariffs. According to negotiations last January, Korean car exports were made exempt from tariffs. (Image:Kobiz Media)

SEOUL, Jul. 16 (Korea Bizwire) — The United States has left Korean companies in a state of anxious premonition as it has officially asked the Korean government to form a joint committee for the purpose of revising the current free trade agreement (FTA) between the two nations.

For the automobile industry, the issue that looms large is the possibility of tariffs. According to negotiations last January, Korean car exports were made exempt from tariffs. The Korean Free Trade Association (KFTA) expects the Americans to take a different stance in negotiations this time around, and they are expected to try to reinstitute tariffs of 2.5 percent that were in force in 2015.

Local industry experts point out that any changes to the current stipulations of the FTA may have disastrous consequences for Korean automakers. With political relations between China and Korea frayed at the moment due to the THAAD missile system dispute, sales of Korean automobiles have already taken a big hit.

Furthermore, Korea’s largest automobile company, Hyundai Motor Group, saw exports to the U.S. fall 6 percent from last year. As Korean exports have declined both last year and this year, it can be argued that getting rid of the tariffs did not benefit Korea in any meaningful way whatsoever.

Regarding steel exports, some believe that the U.S. is merely raising the issue of tariffs on steel as a front, and that it is instead interested in implementing tariffs on other materials. At the beginning of the year, the U.S. already began charging tariffs on a variety of steel products that were being imported into the country.

The point of contention lies with Chinese steel that makes its way to American soil via Korea, but these shipments make up a mere 2 percent of Korean exports.

According to reports, President Donald Trump ordered the Commerce Department to investigate the financial implications of South Korean steel imports on the U.S. By drawing from the well of protectionist sentiment in the current American social climate, he may seek to implement Section 232 of the Trade Expansion Act of 1962.

Section 232 enables the government to impose tariffs or block completely any imports that are perceived to be a threat to the overall security of the nation.