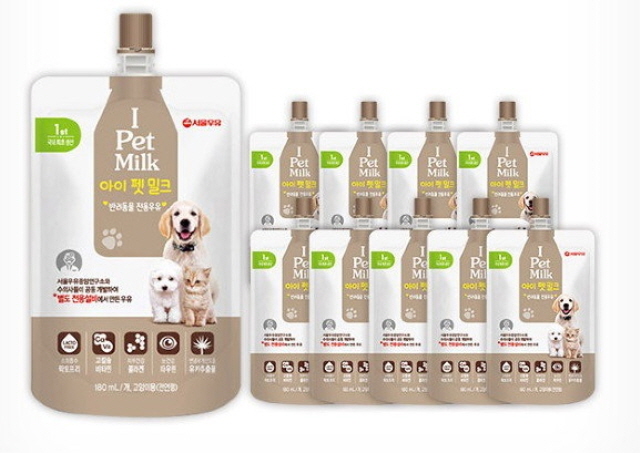 SEOUL, Apr. 17 (Korea Bizwire) — A number of unique pet products are being released in South Korea as more and more people are becoming pet owners.

Some of the new offerings include chicken soup, and even beer.

Gmarket, a major South Korean online shopping portal, announced on Tuesday that pet product sales over the past 30 days had increased by 12 percent compared to the previous year.

With the increasing demand among pet owners to feed their pets with freshly made snacks, sales of unusual pet products such as ‘dog beer’ made with malted barley and minerals as well as chicken soup for pets have increased by as much as 70 percent.

Non-alcoholic beer for pets has also been released for both dogs and cats. It contains a peppermint substance that helps get rid of bad breath and stimulates digestion.

Milk for pets, developed by Seoul Dairy Cooperative and a team of veterinarians, is increasing in demand despite being two or three times more expensive than commercial milk.

Other unique pet products include fur-care bath preparations, moisturizers for pet skin, and masks for pets.

Amid the severe air quality concerns in South Korea, masks for pets have hiked in sales by more than 11 times in the last month compared to last year.

“As more customers are taking better care of their pets, related products are also increasing in popularity,” said Gmarket.