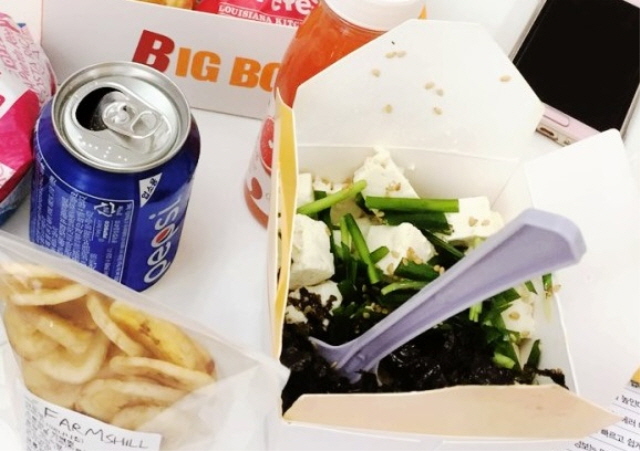 Experts suggest that the spread of the “vegan snack” culture in the university community is the result of a growing number of vegan students and the increasing push to respect various values such as animal rights. (image: Ewha Womans University)

SEOUL, Dec. 16 (Korea Bizwire) – The influence of vegan students is beginning to manifest itself at university snack distributing events hosted by student councils and other organizations for those preparing for their final exams.

Meanwhile, the student council of Sookmyung Women’s University handed out 400 vegan snacks and 200 ‘regular’ snacks to students on December 3 and 4.

Moreover, the student council of Sungkonghoe University drew attention by providing students with vegan snacks such as sandwiches that were prepared in consideration of those who do not eat animal products such as meat, marine products and dairy products.

Students who had a brief encounter with vegetarian food, perhaps without intending to do so, responded that they appreciated the experience.

“There are not many restaurants around the school for vegans,” a university student said. “Through this event, we were able to sympathize with the inconvenience and the difficulties that vegan people often experience.”

Experts suggest that the spread of the “vegan snack” culture in the university community is the result of a growing number of vegan students and the increasing push to respect various values such as animal rights.

Lee Won-bok, head of the Korea Vegetarian Union, said, “The change that we see on university campuses is an indication of respect for individual beliefs and opinions, and guarantees students the right to choose what they want to eat.”

“I hope our society fully understands and respects various beliefs and values, moving away from coercive attitudes such as ‘you have to eat what you are given,’” added Lee.

However, some people were less than thrilled with the vegan snacks.

A college student who identified themselves as a non-vegan said, “In my knowledge, there are not many vegans around school, and I think the student council overdid it with the vegan snacks.”