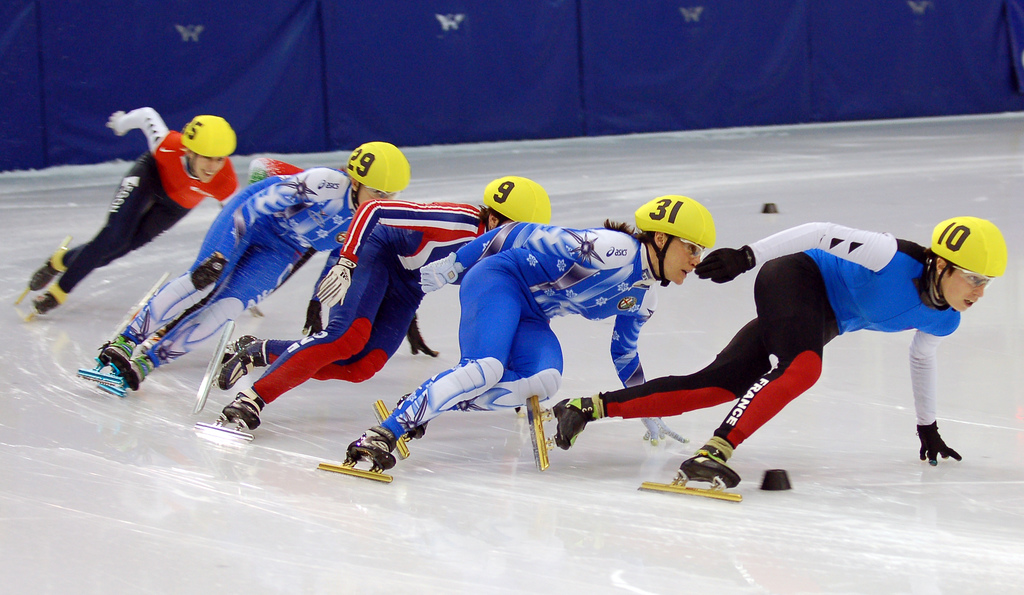 A lot of Korean fans still consider him a Korean skater and cheer him to get as best result as he can. (image: johnthescone/flicker)

SEOUL, Korea, Feb 13 (Korea Bizwire) – Last February 10, Viktor Ahn, 28, debuted as a Russian speed skater in the ongoing Sochi Winter Olympic Games and won the bronze medal in the 1,500-meter short-track race, the fifth medal for Team Russia in the games.When he went up the podium, Russian fans all stood and sent enthusiastic applauses for his remarkable achievement, Russia’s first Olympics medal in the short-track race. Russian President Putin even sent him a message saying, “He showed authentic talent as an Olympian in the stressful and competitive race. He brought glorious honor to Russia.”

However, until three years ago, Viktor Ahn was an Olympic hero for Koreans, winning three gold medals at the Torino Games in 2006.

The Wall Street Journal briefly reported that Ahn defected to Russia after a long layoff due to a knee injury and a falling-out with the Korean Skating Union. However, in Korea he is not considered a betrayer turning his back on Korea but a victim of fractional dispute of the Korean sports circle.

His ordeal began even before the Torino Olympic Games. Due to the chronic fractional disputes surrounding a prominent coach who produced may Olympic short-track heroes, Ahn fell into a fringe group. His teammates intentionally isolated him. During the Olympic Games, he had to rely on the women team’s coaching staff instead of men’s and practice with women players. However, he achieved that spectacular result.

Unfortunately, he got injured with his knees in 2008 and failed to make Team Korea, so he could not play at the Vancouver games. Even worse, his team was broken up due to a financial burden in 2010. No other team dared to contact him in Korea for fear of retribution by his detractors in the association and finally he had to apply for a Russian citizenship to keep on his lifelong love affair with skating.

Although now he is wearing the Russian uniform, a lot of Korean fans still consider him a Korean skater and cheer him to get as best result as he can. A Twitter message said, “In his body, Korean blood is circulating. Although he wears Russian outfits, he is one of the great Korean Olympic players.”

An will participate in three more short-track races including men’s 5,000-meter relay and will compete with his former Korean teammates.