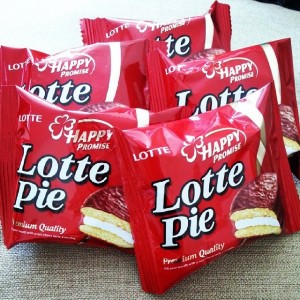 “Choco Pie” has played an important role in spreading the Korean Wave into North Korean society with its especially sweet taste that North Koreans can hardly get in the communist country. (image: debbietingzon/flickr)

The treat named “Choco Pie” has played an important role in spreading the Korean Wave into North Korean society with its especially sweet taste that North Koreans can hardly get in the communist country.

However, according to local media reports, North Korean authorities asked the South Korean companies operating in the Kaesong Industrial Complex not to bring in Choco Pies for the workers anymore and to replace them with other items.

Choco Pies made by Orion and Lotte Confectionary in South Korea had been offered to some 56,000 North Korea laborers there as refreshments during their works since the operation of the industrial complex in 2005. By companies, one to two, or 5 to 6 Choco Pies were distributed to each worker. However, the companies could not find any unwrapped package in the trash cans as the workers took them home to share with their family members.

As the treats become more popular in North Korea, the workers could earn money more than their wages by selling Choco Pies on the black market. However, for North Korean authorities, Choco Pies labeled in Korean which apparently indicate that they are made in South Korea were the target for close surveillance. Even, the authorities ordered the workers to consume the treats inside the industrial complex and asked Korean companies to supply Choco Pies made in China with Chinese labels. However, it did not work properly.

Since last May, the North Korean government has taken stern positions on it. They ask South Korean companies to serve powdered coffee  or sausages for refreshments or even cash, arguing that the North Korean workers are fed up with Choco Pies.

Currently, supplies of Choco Pies into the complex have been de facto halted. Instead, powdered coffee, a substitute for Choco Pies, is gaining huge popularity.

Leave a Reply to A CAPITALIST IN NORTH KOREA Cancel reply