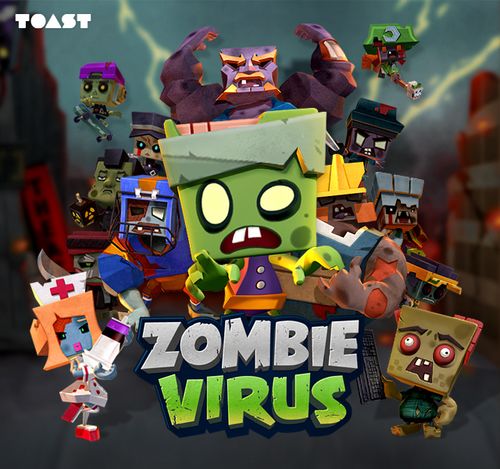 Zombie characters in the game are quite different from zombie figures in other games. The characters look Lego-like and rather cute. (image: NHN Entertainment)

SEOUL, Sep. 4 (Korea Bizwire) – NHN Entertainment announced on September 2 that the company started to put forth its utmost effort to lead the global game market with its mobile game, Zombie Virus.

In the game, players can conquer a virtual world by spreading zombie viruses to all over the world. The game launched through Google Play offers five language versions including Korean, English, Japanese, Chinese and Taiwanese. Spanish and French versions are to be provided.

“We afford gamers not only various language versions but also competition ranking and friendship services with users all around the world. We expect those services help the game become popular in the overseas game market,” a manager of NHN said.

Zombie characters in the game are quite different from zombie figures in other games. The characters look Lego-like and rather cute. There are more than 120 zombie roles and each one has its own ability. For example, a nurse zombie attacks counterparts with its syringe while a computer programmer zombie uses its keyboard to ambush. The company continues to add additional characters.

Aside from the characters, the Zombie game allows users to experience distinct options. Players can renovate DNAs of zombies to strengthen its abilities such as striking power, physical force and speed of move. Players can also combine their items to lead the table.

Competitors need to clear each stage from 62 Asian countries to 36 European nations which will be added sooner or later. Each stage shows landmarks, background sounds and landscapes to bring up the image of a certain country.

“Zombies are an attractive and popular subject in movies, dramas and games, which means that it has a competitive edge as a character in the industry,” he said. “Our differentiated zombies are expected to bring us another experiences and competitiveness in the global market,” he added. An iOS version is planned to be launched within this month.