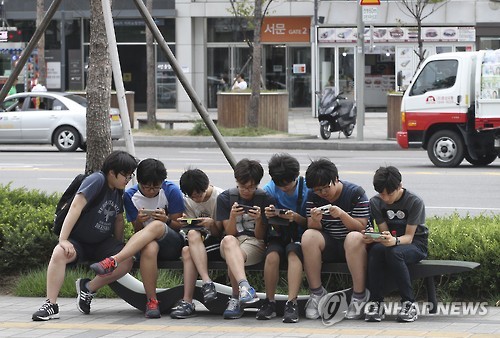 SEOUL, May 30 (Korea Bizwire) — Four out of 10 young children watch television and more than one out of 10 use smartphones every day, a report showed Tuesday.

According to the report by Ajou University Hospital, 39.3 percent of the surveyed children aged between two and five watch television every day and 12 percent use smartphones on a daily basis.

The hospital examined the habits of 350 small children. The findings were based on a survey of their parents.

The survey showed that 48 percent of the children watch television for one hour every day on average and 66.5 percent start watching television before they are two years old.

It also revealed that 36.5 percent use smartphones more than four days a week, with 12.2 percent of them being exposed to the mobile device before they were 12 months old.