SEOUL, Oct. 24 (Korea Bizwire) — Although Samsung Electronics Co. and LG Electronics Inc. are currently engaged in a so-called ’8K war’, it is predicted that sales of 8K TV markets will remain sluggish for some time.

The portion of 4K TVs in the overall TV market will exceed half of the total market share for the first time, accounting for 52.1 percent, up 7.3 percentage points from last year.

In particular, as the 4K market continues its steep rise in the future, it is expected that it will take up 56.7 percent of market share next year and enter the 60 percent range in 2021.

In comparison, IHS Markit predicted that 167,000 8K TVs will be sold this year with a 0.1 percent market share.

Although this represents a significant increase from 2,400 units in 2017, when 8K TVs were first released, and 18,600 units last year, the share of the overall market is insignificant. 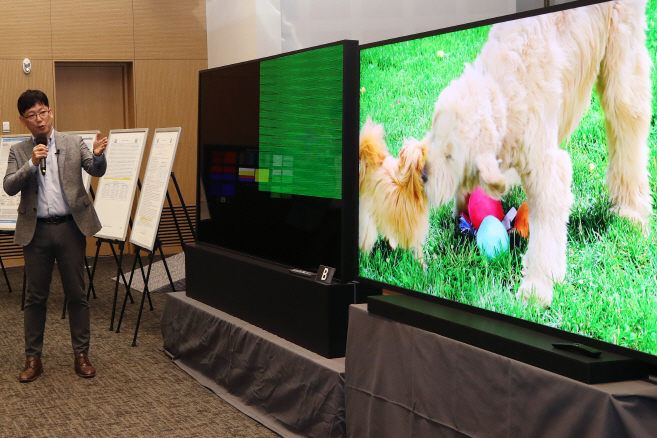 The reason why the 8K TV market is taking baby steps is because there is little 8K content and prices are still too high.

In addition, the lack of a distinctive image quality gap with 4K TVs is also cited as a reason for the general lack of interest among consumers.

“IHS Markit suggested that 430,000 8K TVs will be sold this year in a report from October last year, but it is revising down its sales forecast for this year,” said an industry analyst.

The official further added that “in the 4K TV market, the market has grown in earnest as the average selling price has dropped below US$2,000. In three to four years, growth of 8K TVs is not going to be fast enough to reach the US$1,000 mark.”

However, the 8K TV market is showing sluggish performance compared to 4K TV, but competition for technology is expected to be fierce.

“Competitive technology quickly expands the market,” said another analyst. “The recent 8K battle between Samsung and LG is based on the judgment that they would be able to dominate the market, only if they prepared.”