“All are equal before the law. Granted most business leaders and high-ranking government officials who are in jail were given aggravated prison sentences in the first place, it is only fair for them to be released on parole by now.”

“In most case, inmates are set free after serving 70-80 percent of theirsentence terms. If you talk about an early release of high-profile figures, you are bound to be accused of being pro-business. But that time has already passed and now we need to be more reasonable when it comes to this kind of issue.”

“Of course, pardon and clemency are within the exclusive boundary of the President’s executive power. When I served the former President Kim Dae-jung as the chief of staff, I advised him it would be better to grant pardons to anyone eligible within five years’ time and he did.” 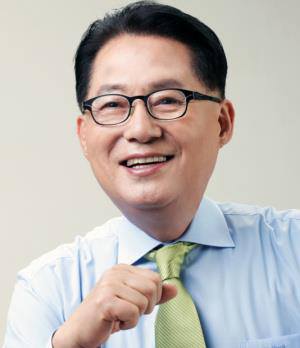 SEOUL, Dec 26 (Korea Bizwire) –Park Jie-won, the opposition party Congressman (New Politics Alliance for Democracy), said about conditional release of some of the business leaders on December 25, “Accusing someone of being pro-business just because he talked about an early release of high-profile figures who are in jail for some embezzlement or professional negligence charges is ridiculous. That time has already passed and we need to be more reasonable now when it comes to this issue.”

His remarks are based on the reasoning that conditional releases on parole, unlike Presidential pardons, can be given to anyone who meets eligibility requirements and it is only fair for high-profile figures to be granted the same opportunity as the general inmate population.

The current issue of an early release of large business group owners was triggered by a comment of Kim Moo-sung, the ruling party leader, who said earlier that important business investment decisions can only be made by the head in difficult times like now and he would make a recommendation for an early release or a pardon with the President to give an opportunity to businessmen inmates who are eligible.

Choi Kyoung-hwan, the Deputy Prime Minister for Economic Affairs and Finance Minister, also said it would be more politically expedient to go with an early release than a Presidential pardon because the latter may impose a burden to the President and the ruling party.

That doesn’t mean the voices within the ruling party are uniform. Lee Wan-koo, the floor leader of New Frontier Party, said this is not a good time to talk about pardons of imprisoned business leaders given the current seriously bad public opinion toward large business following the Korean Air macadamia nuts incident. Kim Jae-won, the deputy majority floor leader, concurred by saying that he wonders whether the current economic condition could indeed recover if the business leaders are released.

Opposition party leaders are also divided in their opinions about the issue. Some criticized the rashness of Rep. Park’s remarks and said business leaders must be given sentences with longer jail terms due to their repercussions throughout the economy. Others said giving added jail terms to business owners is unfair and must be released if they meet certain legal requirements.

If the early-release issue is positively reviewed by the politicians, the ones who will benefit immediately include the Chey brothers of SK Group, Chey Tae-won and Jae-won, and former LIG Nex1 vice chairman Koo Bon-sang (the eldest son of LIG Group Chairman Koo Cha-won). Others worried that it would be unfair if the early release benefits went to these three only and no one else.