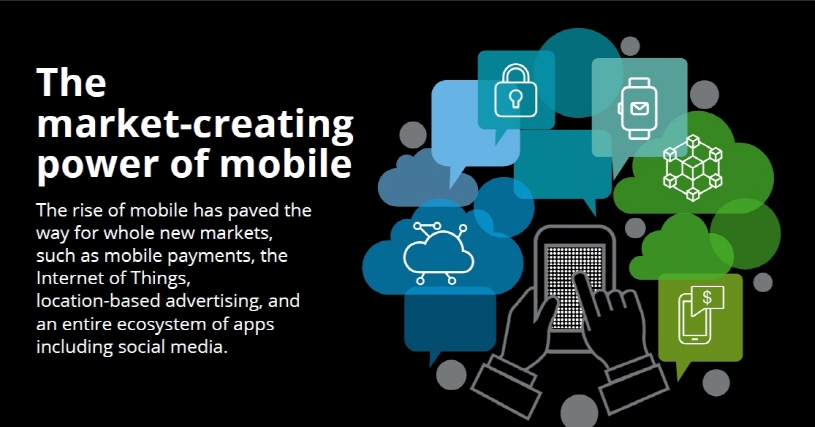 NEW YORK, Dec. 13 (Korea Bizwire) – A new survey released by Deloitte today confirms American consumers’ dependence on mobile phones continues to rise as the platform of choice for work, home and self across an increasing range of tasks. Consumers now check their smartphone more than 9 billion times per day and increasingly do so while engaged in other activities, such as watching television (TV) – with 89 percent of consumers reporting simultaneous use of the TV and smartphone.

“Among the most interesting findings is how our reliance on mobile devices has changed the very nature of person to person communications; texting and other short forms of communication are beginning to dominate, enabling us to communicate more frequently and effectively,” said Craig Wigginton, vice chairman and telecommunications sector leader, Deloitte & Touche LLP. “This year’s survey data confirms that not only is the smartphone the central hub of consumers’ everyday lives, but consumers are willing to pay for a range of applications gaining steam in the market such as IoT for the home and car.”

The sixth edition of Deloitte’s “Global Mobile Consumer Survey” uncovered many interesting findings around American behavior, trends and general lifestyle shifts associated with the unprecedented usage of mobile devices today. These include:

Consumer phone addiction continues to rise across a broad range of work, home and personal tasks
This year’s survey shows mobile phone usage is up across the board with interesting shifts in demographics and usage including:

Wearables, Internet of Things and autonomous cars gain traction across key consumer segments: the answer to consumers demand for personalization
The survey revealed an increase in consumer interest of IoT for both home and autonomous cars. This increase is facilitated in-part by smart watches and fitness trackers as consumers are seeking solutions for personal automation, analyzing their everyday lives.

Mobile payments (mPayments) and mobile shopping remain key growth opportunities
Despite slower growth since last year, there is still considerable interest in mPayments, suggesting the potential remains for the technology to grow.

Consumers are willing to share their data, to an extent
The survey found that, in general, consumers are open to sharing some level of personal information online, but actual awareness of what is being shared is not ubiquitous – nor are the methods people use to secure their phones.

4G, 5G, Wi-Fi and original equipment manufacturers continue to influence consumer behaviors
Mobile devices have become an essential point of connection between consumers and the outside world, presenting multiple opportunities for businesses to monetize connectivity, through both services and devices. As the ecosystem evolves, there has been a shift in key purchasing and usage behaviors:

“The growing reach of mobile networks and the prospect of exponentially faster data transmission are creating a powerful ecosystem that will continue to change the way we live and work in important and productive ways,” concluded Wigginton.

The “2016 Deloitte Global Mobile Consumer Survey” is the biggest and most extensive to date, including 53,000 respondents, aged 18 to 74, across five continents and 31 countries. Connect with us on Twitter: @DeloitteTMT, @CraigWigginton and #GMCS2016.

About Deloitte’s Technology, Media and Telecommunications practice
Deloitte’s technology, media and telecommunications (TMT) practice provides industry-leading audit, consulting, tax and advisory services to more than 1,800 clients in the U.S., including the vast majority of market category leaders across all sector segments. Deloitte practitioners, many with direct industry experience, work with one purpose: to deliver measurable, lasting results. They help reinforce public trust in our capital markets, inspire clients to make their most challenging business decisions with confidence, and help lead the way toward a stronger economy and a healthy society. TMT clients count on Deloitte to help them transform uncertainty into a possibility and rapid change into lasting progress. Deloitte practitioners know how to anticipate, collaborate and innovate, and create opportunity from even the unforeseen obstacle.

About Deloitte
Deloitte provides industry-leading audit, consulting, tax and advisory services to many of the world’s most admired brands, including 80 percent of the Fortune 500. Our people work across more than 20 industry sectors to deliver measurable and lasting results that help reinforce public trust in our capital markets, inspire clients to make their most challenging business decisions with confidence, and help lead the way toward a stronger economy and a healthy society.