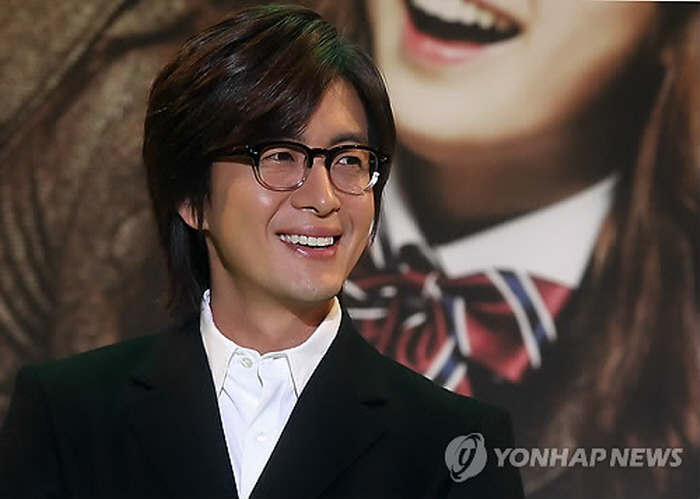 Bae’s agency KeyEast published a notice about his engagement on its web site on May 14. (image: Yonhap)

SEOUL, May 15 (Korea Bizwire) — Fans are wondering how Park Soo-Jin and Bae Yong-Joon could have announced their engagement after only three months of dating, and how they could have kept their upcoming nuptials a secret.

KeyEast published a notice about their engagement on its web site on May 14, without any prior mention of a relationship between the stars.

According to the announcement, Park and Bae have known each other for a long time, and started dating in February 2015.

They have yet to be captured by the paparazzi, making the situation all the more surprising for their fans.

Yang Geun-Hwan, a representative of KeyEast, said he was told by Bae three weeks ago about the engagement.

Yang, commenting on the couple’s very discreet and secret relationship, said that Bae didn’t want paparazzi or unnecessary rumors to bother the couple.

Yang also said that the couple has a deep conviction that their marriage will work, based on their faith in each other. Yang also flatly denied any allegations about Park being pregnant.