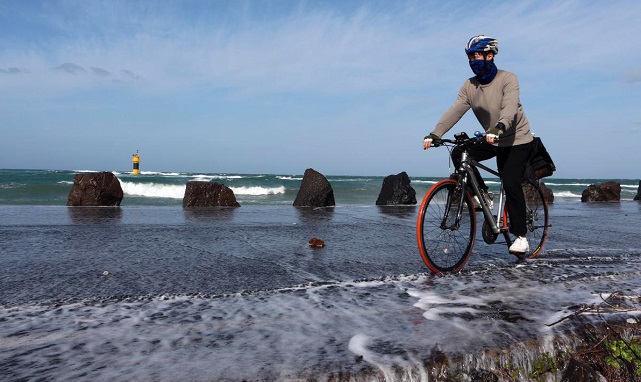 Sea levels have been rising slowly, but gradually in South Korea. (Yonhap)

SEOUL, Dec. 20 (Korea Bizwire) — Sea levels have been rising slowly, but gradually in South Korea over the past 30 years, a recent study has revealed.

The Korea Hydrographic and Oceanographic Agency (KHOA) analyzed all reports on coastal measurements produced since 1989 to track changes in sea levels around the Korean peninsula, which showed that sea levels rose by an average of 2.98 mm each year.

The sea rose by an average of 3.48 mm each year over the past 10 years, which is higher than the yearly average of 2.97 mm since 1989, showing that the rate of increase accelerated as time passed.