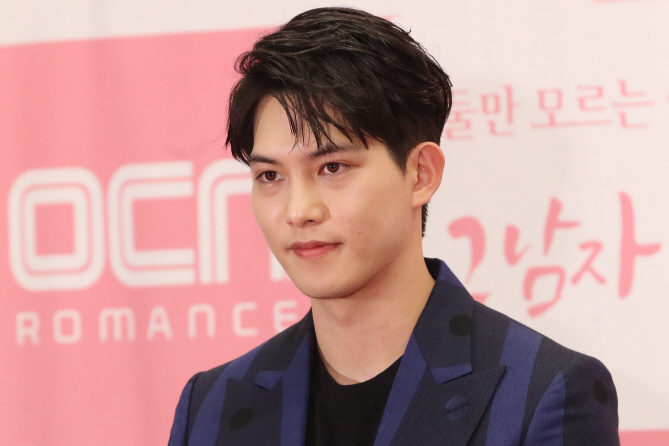 “If he had a correct sense of sexual awareness, he might have not turned a blind eye to (the inappropriateness of the sex videos), so he is repenting for doing so,” the company said. “(We) apologize for those who were hurt by the immoral and promiscuous conversations he had without a sense of guilt.”

Lee has been facing allegations that he was part of the KakaoTalk group chat room where singer-songwriter Jung Joon-young shared videos of 10 women he secretly filmed while having sex with them in 2015.

On Thursday, Jung and Seungri, a member of BIGBANG, were grilled by police in connection with the scandal. Seungri also allegedly procured prostitution for prospective investors at Seoul night clubs and helped run a night club where drugs and sexual violence were frequent. They were in the same group chat room where Jung’s sex videos and lewd conversations about them and Seungri’s business were shared.

Lee’s agency had earlier denied his involvement in the chat room but reversed its stance after a news report on Thursday that nailed down his part in the mobile conversation.

Lee was also confirmed to have undergone a police interrogation on Tuesday in connection with the scandal.

“It took a while to verify the facts since Lee Jong-hyun is currently serving in the military,” FNC said.

“Lee responded to a request for his cooperation in the investigation by police who visited his military unit Tuesday afternoon,” the agency said, claiming no wrongdoing came to light at that time.

The agency also defended its earlier denial, saying it was difficult to verify the long-forgotten facts as he had exited the group chat room a long time ago.

Also on Friday, all the posts were removed from Lee’s social media accounts as he came forward with the apology.

But CNBLUE’s fans issued a joint statement, calling for his removal from the band.

“We strongly demand expulsion, not suspension. … We cannot accept or buy Lee Jong-hyun’s music career when most of the fandom consists of women and given the social perception of sexual crimes.”

Earlier this week, Seungri and Jung gave up their show business careers, and two other K-pop stars, Yong Jun-hyung from Highlight and Choi Jong-hoon from FT Island, were kicked out of their bands for their involvement in the scandal.