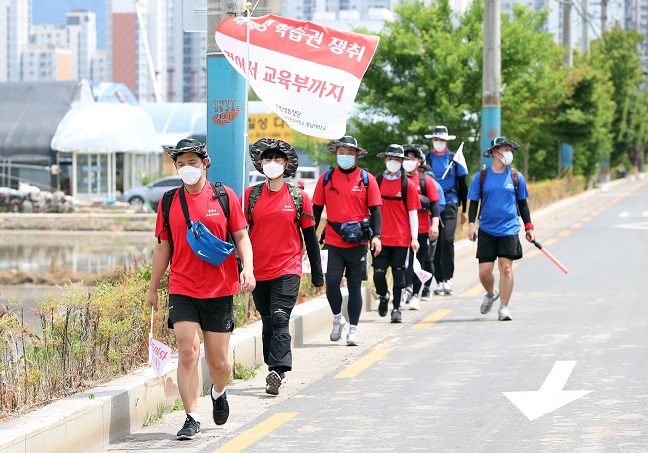 GYEONGSAN, June 3 (Korea Bizwire) – A group of university students from Gyeongsan in North Gyeongsang province began a 200-kilometer protest march towards the Ministry of Education in Sejong, South Chungcheong province, calling for a tuition refund after their schools delayed on-campus classes amid the continued coronavirus outbreak.

“We repeatedly asked the universities and the Ministry of Education to refund tuition since they changed the academic calendar and entirely replaced classroom lectures with online lectures amid the coronavirus outbreak. They, however, keep passing the buck to each other without taking any responsibility,” they said.

“The ministry shouldn’t attempt to take a step back from the issue. The ministry should take some responsibility since it ordered the universities to replace classroom lectures with online lectures,” the students added. 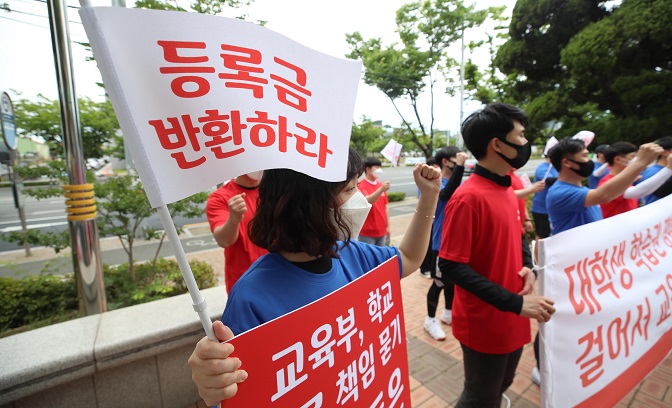 “The quality of online lectures is lower than that of classroom lectures and the students cannot make use of school facilities. Considering that tuition at cyber universities is about 1.44 million won per semester, at least some of our tuition must be refunded,” said Park Jong-joo, chairman of the Yeungnam University Student Council.