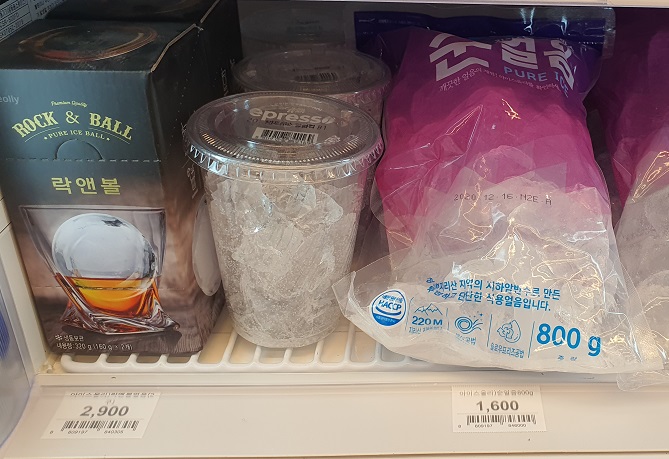 Convenience store chain E-Mart 24 said that the sales of ice bags for the period from Jan. 1 to 7 marked a robust year to year growth of 89 percent, while those of ice cups rose by 33 percent year on year over the same period.

Not to be outdone, another convenience store chain CU also saw its ice sales revenue rise by 16.7 percent year on year, with sales of ice cups rising by 10.2 percent and those of general ice by 63.7 percent.

The hike in ice sales at convenience stores is attributable to the trend where the spread of the COVID-19 has made it difficult for people to have a drink outside at night. 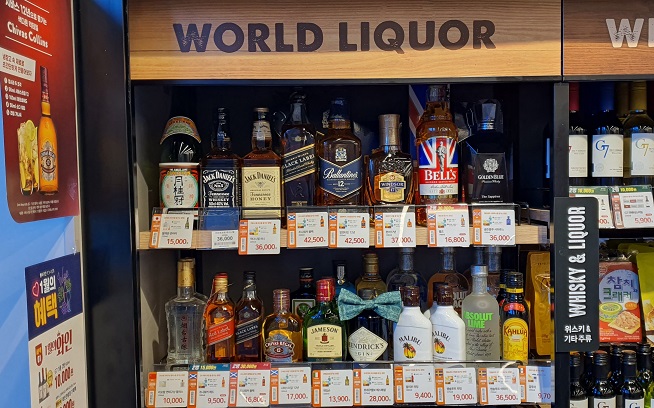 E-Mart 24 suggested that considering that the sales of whisky, pouch beverages and sparkling water increased during the same period, ice purchases are mainly for the purpose of consumption with whisky or cocktails.

In fact, whisky sales rose by 266 percent year on year during the same period, while sales of pouch beverages and sparking water rose by 33 percent and 29 percent, respectively.