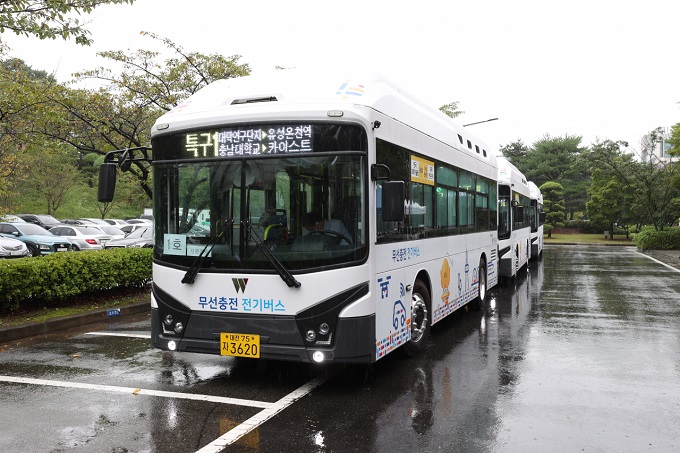 SEOUL, Aug. 24 (Korea Bizwire) — An eco-friendly electric bus that can be charged wirelessly at bus stops is set to launch in Daejeon.

The Ministry of Science and ICT and the Daejeon metropolitan government on Monday held an inauguration ceremony for the online electric vehicle (OLEV) city bus at the Korea Advanced Institute of Science and Technology (KAIST).

OLEVs that are equipped with wireless charging devices (receiver) can be charged whenever they pass bus stops that have buried wireless chargers using the 85 kHz broadband frequency. 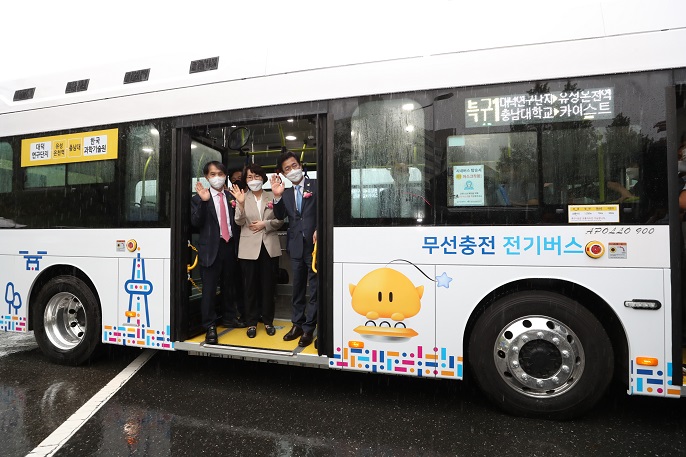 After a two-year trial starting on Tuesday, the city government plans to operate the wireless charging electric bus on a general intra-city bus route.