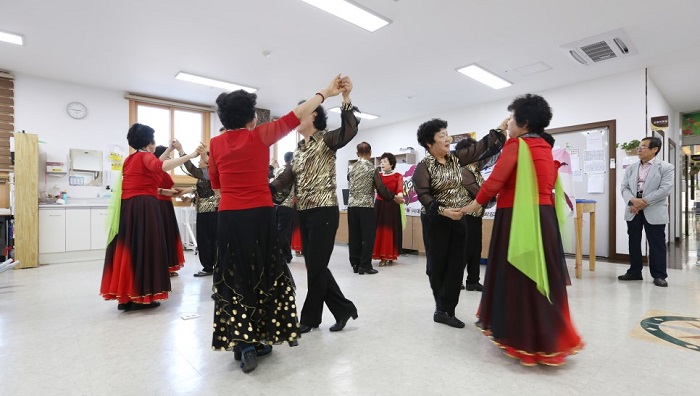 SEOUL, Jan. 23 (Korea Bizwire) — A joint research team formed by Professor Won Jang-won of the Kyung Hee University Hospital and Dr. Kim Hun-kyung, a researcher at the Tokyo Metropolitan Institute of Gerontology have announced the results of a study conducted on women aged 70 to 84 in Tokyo to see whether eight years of dancing impacted daily life.

The research team divided the participants into 16 groups and analyzed which exercise most effectively prevents functional disorders such as disorders that could happen during meals, bathing and walking.

The results were announced on January 22, and showed that women who dance regularly in their old age have a 74 percent lower chance of experiencing difficulties in daily activities than women who do not.

On the other hand, the researchers reported that the preventive effects were not observed in the groups who did beauty training, walking, and yoga as their main activities.

While the results were announced at the Korea-Japan Frailty Symposium and published in the Scandinavian Journal of Medicine & Science in Sports and TIME magazine, such findings could be applied to South Korea, which is facing rapid aging.