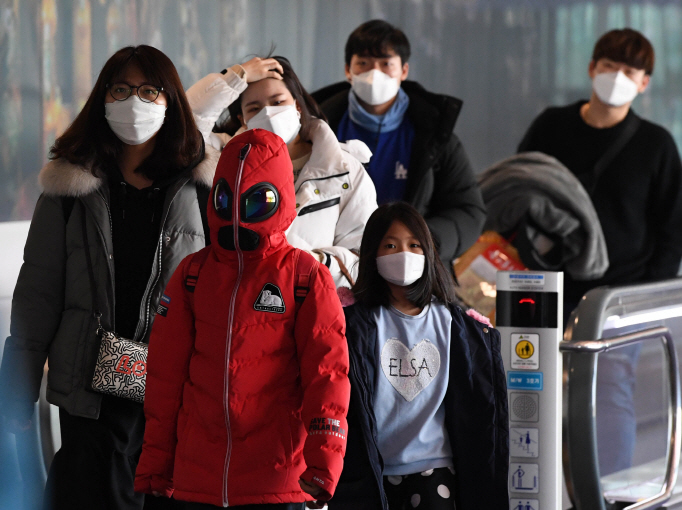 Passengers wearing facial masks arrive at the Incheon airport, west of Seoul, on Jan. 29, 2020, from the Chinese city of Tianjin. (Yonhap)

JEJU, Jan. 29 (Korea Bizwire) – Increasing cases of infection from a new pneumonia-causing coronavirus in China has compelled the provincial government on South Korea’s largest island of Jeju to reconsider its implementation of a visa-free program for foreign visitors, including those from China, provincial officials said Wednesday.

The southern resort island is a major destination for Chinese visitors partly due to the implementation of a visa-free system.

About 797,300 Chinese people accounted for 98 percent of all foreign visitors who made visa-free visits to the island last year.

During the Lunar New Year holiday period from Friday through Monday, the number of Chinese visitors arriving on the island came to 8,900.

With the virus rapidly spreading in the neighboring country, the island’s residents have called via social networking services for the regional government to take measures to prevent Chinese people from visiting the island under the visa-free program.

The implementation of the visa-free program dates back to 1998, when South Korean allowed Chinese visitors coming on a group tour to make visa-free visits to Jeju for a period of 30 days as part of efforts to facilitate tourism there.

The program, however, was rarely utilized as it was a unilateral one without a deal with the Chinese government.

A special law on an international free city on the island came into force on April 1, 2002, making it possible for all foreign visitors, except for those from countries designated by the justice minister, to stay on the island for up to 30 days without a visa.

In 2008, the government took a further step to permit individual Chinese visitors to enter the island without a visa. The number of foreign people making visa-free trips to the island rocketed to 813,500 last year from 23,400 in 2008. 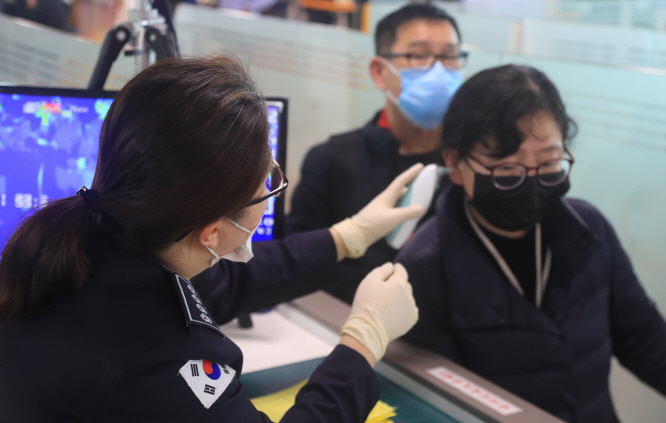 A quarantine officer at Jeju Airport uses an electronic thermometer to check the temperature of passengers. (Yonhap)

There have been calls for the termination of the visa-free program whenever hideous crimes involving foreign visitors have occurred.

In 2016, the murder of a South Korean woman by a 51-year-old Chinese man at a Catholic church on the island unleashed a storm of objections to the program across the country.

Hundreds of asylum seekers from Yemen arrived on Jeju in 2018, causing some lawmakers to attempt to revise the law in a bid to terminate the visa-free system.

Any suspension of the program appears to be not easy as the country needs to make a revision on visa-free clauses of the special law and consider its relation with the international community.

As a solution to the issue, the provincial government is reviewing an option to expand the list of countries whose people are subject to obtaining visas to visit the island.

As of now, people from 24 countries are obliged to show visas when they enter the island.

One alternative could include a temporary measure to add China to the list.

“We have drawn up a measure to recommend the termination of the visa-free program to the justice ministry in line with the central government’s response to the virus outbreak,” an official at the regional government said.

“But we have yet to make a final decision, and we are not sure how the justice ministry will respond to our recommendation in case we do so.”