A recent scandal involving a Seoul bus driver and his supposed role in separating a mother from her young daughter has many contemplating the role social media plays in focusing national attention on public issues. (Image: Yonhap)

SEOUL, Sept. 18 (Korea Bizwire) – A recent scandal involving a Seoul bus driver and his supposed role in separating a mother from her young daughter has many contemplating the role social media plays in focusing national attention on public issues.

According to Daumsoft, an AI-based big data analysis firm, there had been 223,737 mentions of news topics on online platforms like blogs and Twitter this year as of September 14, over four times 2015′s yearly mentions, which were tabulated at 54,187.

Daumsoft also revealed that in 2017, social media users have discussed political issues with a frequency like never before.

In 2015, 59 percent of the news topics that went viral had to with social issues (education, abuse), 35 percent with celebrity news (relationships, private lives) and only 6 percent with political issues (politics in general, elections, investigations).

Comparatively, data for 2017 reveals that thus far, 41 percent of news topics dealt with politics, 45 percent with social issues and a mere 14 percent with celebrities.

Though vigorous news consumption through social media was found to result in positive outcomes, like increasing participation in politics and activities to implement social justice, there were also negative results such as public disclosure of identities and the indirect harming of victims by blind acceptance of trending interpretations of incidents as fact. 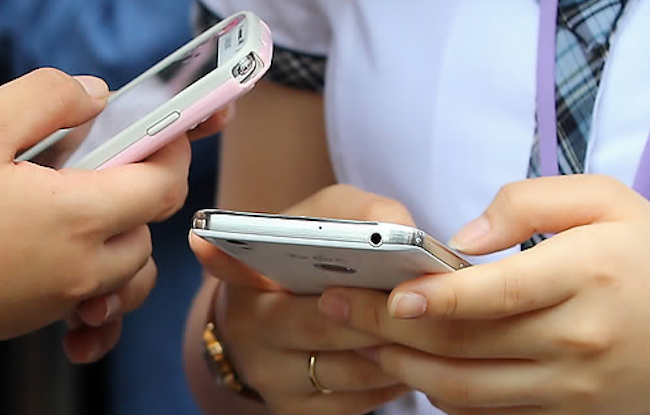 Comparatively, data for 2017 reveals that thus far, 41 percent of news topics dealt with politics, 45 percent with social issues and a mere 14 percent with celebrities. (Image: Yonhap)

In the aforementioned bus driver scandal, traditional news channels either stayed mum or were oblivious while in the social media landscape, the issue spread like wildfire.

On September 11, a single online post complaining about an incident where a Seoul bus driver let off a young girl but had closed the doors and departed before her mother could get off began to trend on Twitter.

As the issue became widely known, it spilled over into the non-social media world, with the police and the Seoul Metropolitan Government reportedly deciding to launch an investigation into what happened.

Social media was very soon thrown for a loop, however, as an anonymous person proclaiming herself to be the daughter of the bus driver uploaded an online post disputing the claims.

This sparked another online debate on the veracity of the supposed daughter’s identity, statement and overall understanding of the case.

Analysts with Daumsoft believe that this is reflective of a larger societal change. “There is an observable movement which does not use social media simply for gossip but is determined to administer justice through the disclosure of existing abuses and displeasure in regards to politics and society,” a company analyst said.