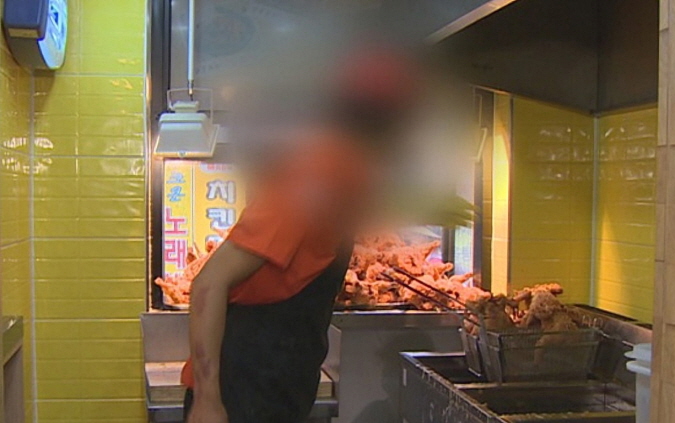 Business run by seniors generally account for a larger percentage of a household’s total income so a drop can be more painful. (image: Yonhap)

SEOUL, Nov. 25 (Korea Bizwire) — Earnings by small-scale businesses operated by people over 60 have been falling steadily this year, official data showed Sunday, with the weak economy and excess competition being cited as the main reason for the development.

According to data provided by Statistics Korea, the business income of establishments run by seniors stood at 601,000 won (US$530) in the July-September period, down 15.3 percent on-year or by 108,000 won.

The agency said that the numbers marked the first time that earnings tumbled by more than 100,000 won on a quarterly basis from the previous year since it started compiling records in 2003.

Most of these businesses are run by heads of households who are retirees and opened a store or shop to make money to augment their severance pay and pensions.

Business run by seniors generally account for a larger percentage of a household’s total income so a drop can be more painful.

In the third quarter, business income made up just 18.3 percent of all earnings for households where a senior is the head. This is the lowest figure to date.

Market watchers said that a decline in business earnings is the result of baby boomers retiring in large numbers and setting up small operations that directly compete with each other. Most retirees go into coffee shops and fried chicken restaurants that have low entry barriers.

In addition, sluggish economic conditions, growth of online businesses and changes to the corporate culture with fewer people attending work-related meals with colleagues, is all affecting the income of small-time businesses, particularly in the hospitality sector that encompasses restaurants and lodgings services.

Government findings have shown a general contraction in the hospitality sector since October 2017.

On the other hand, data showed that households where the head is over 60 reported an average monthly overall income of 3.29 million won in the third quarter, up 10.8 percent from a year earlier. The increase is thanks to a rise in earned and transfer income, with the latter including state support topping the 1 million-won mark for the first time ever.