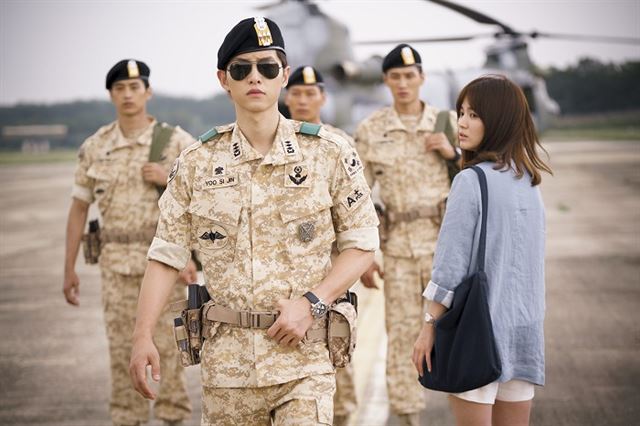 The survey on “Content Industry Statistics” released by the Ministry of Culture, Sports and Tourism showed that exports rose 6.1 percent from the previous year to US$6.008 billion in 2016, a strong performance given the overall industrial export volume dropped by 5.9 percent.

Exports rose in every content industry sector, except for publications, with a 49.4 percent growth rate for movies, followed by broadcasting (28.3 percent) and music (16.2 percent).

By export volume, games took up the biggest portion with US$3.27 billion, followed by characters (US$600 million), online information services such as e-learning (US$560 million), music (US$442 million) and broadcasting (US$411 million).

Due largely to popular Korean entertainment programs and K-pop, content export has maintained an annual growth rate of 6.8 percent since 2012.

Sales also jumped by five percent from a year ago to 105.5 trillion won in 2016. Animation and characters, in particular, showed strong performance with 10.9 percent and 9.8 percent, respectively.

Sales have also marked an annual growth rate of 4.9 percent since 2012 in spite of difficult internal and external conditions, including the sluggish economy.

The ministry combined the data collected by the Korean Film Council and the Korea Communications Commission with its own survey into nine sectors of the content industry employing 641,457 people as of 2016.